Nadia Mukami and Arrow boy welcomed their son in March 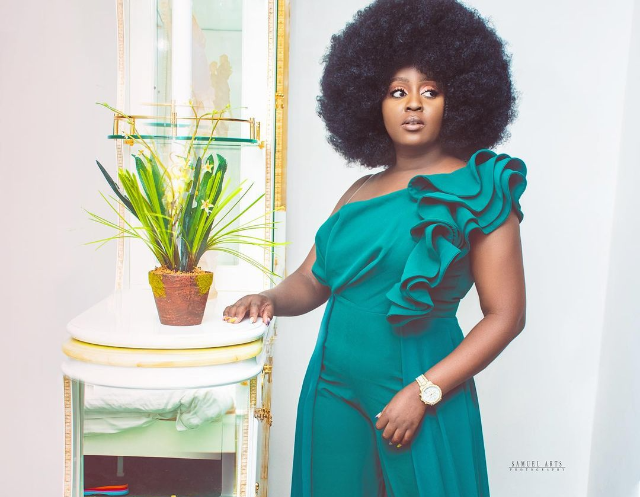 Singer Nadia Mukami has revealed that baby Kai will be turning six weeks, and she has never bought diapers for her son since birth.

The songstress said people would randomly gift her goodies for baby Haseeb Kai; she termed Kai a favored boy.

"It’s amazing how since Kai was born, I have never bought Diapers and he turns 6 months in a week’s time!!! He’s such a Favored boy♥️🙏 Thank you kaNadians Team Nadia)."

The Wangu hitmaker revealed the details after a group of KaNadians, (as she terms them) surprised her with a cake, and branded Mama, Uncle, Baba, and Toto Kai white t-shirts, among other things.

"Yesterday after my rehearsals, Team Nadia surprised me with gifts for @haseebkai !" she wrote.

Thrilled fans took it to the comment section to say,

Arrow Boy and Nadia have done a song specially dedicated to their son that has accumulated almost a million views.

In the song, Nadia hints Kai has her eyes and raises concern if her son will love gin as the father does.

Arrow Bwoy on the other hand informed their fans that both Nadia and the newborn are well,

"24.03.2022 We received the most Beautiful Gift Ever.  welcome to our world. my Queen and the Prince are in safe hands."

Nadia Mukami paid Arrow Bwoy to perform at her show

Nadia Mukami said she and Arrow Bwoy both have different management
Entertainment
2 months ago
WATCH: For the latest videos on entertainment stories