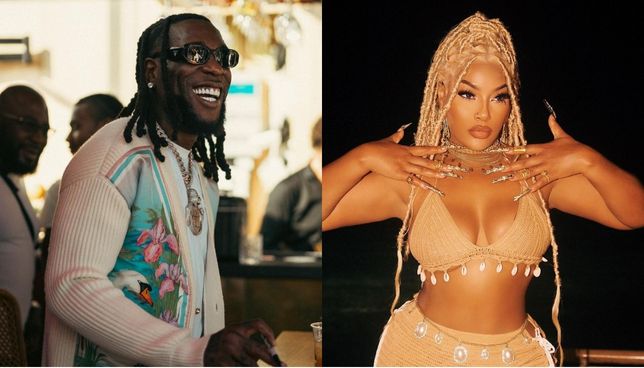 Steflon Don, a British-Jamaican dance hall and rap musician, has at last discussed her ex-popular boyfriend's song "Last Last" and whether or not it was actually about their relationship.

Steflon was open about her romance and how it ended when she spoke with TT Torrez on the Hot 97 chat show.

"Your last boyfriend, we all know Burna Boy ya'all not together.... so what happened? We might as well dive into it..." Tee said.

Laughing nervously Stef said she did not want to dive into the subject at the moment.

She, however, noted, "We were together for 2 and a half years and everyone said we looked cute together but you know... sometimes you have to move on."

After assuring Stef she didn't have to talk about their relationship if she didn't want to, TT then inquired about Burna's popular song "Last Last" and whether it was a dig at their union.

However, the 30-year-old English rapper has a few tricks up her sleeve and appears to know how to manage an interview.

"Do you think he was talking about me?" She threw the question back to TT, reverse uno style.

Tee however not shy was quick to state that she honestly thought he was and pushed Steflon to give her an answer to which she casually said, "what you think is what it is."

On if she wanted to call him up when she first heard the song Steflon said that she was not really pissed but she was annoyed that he had a few things in the song that were lies.

" When I first heard it... there are some lyrics I heard, like there is something he said and I was like boy that is a lie but it is whatever." Steflon Don said.

Burna Boy posted a video on his Instagram stories trolling the, Jack Harlow the VMA winner
Trending
4 weeks ago