Murugi Munyi has expressed her interest to be in radio 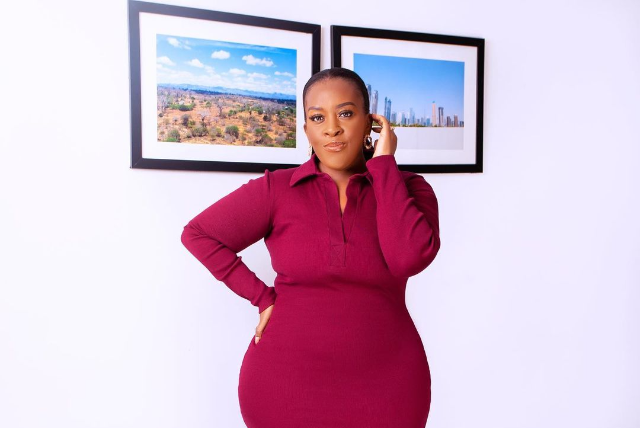 It's not a new space for her as she has previously hosted shows and her current flex as a podcaster.

On her social media platform, Murugi made it clear she was readily available to be on the airwaves after the former Kiss breakfast show host Jalang'o rejected six job offers.

"Can those people come to me, I'm available." she wrote.

The messy in-between podcast that Murugi hosts alongside her co-host Lydia K.M has been nominated by Pulse awards as the podcast influencer of the year; if the current tally is anything to go by, they are bagging the award undisputed.

The TMI podcast is a podcast about life as it is. Messy. Be it in love, work, money, relationships, friendships, and everything in between. As the two figure it out, they have invited their followers to tag along.

Murugi has frequently found herself between a rock and a hard place for her unpopular opinion.

Jalas, speaking in a recent interview, detailed that employers still admire his work ethic, and that’s why they always want to associate with him.

The legislator mentioned that his biggest score is hard work and that’s why he will always be of value to any brand that seeks his services.

“It’s like 6 radio stations. When you know what you do and how hard you work, and employers know that you are somebody who puts time… you know our generation

"Any time you are given work to do, give it 100 percent, work hard and employers will always love you. There are so many radio stations who would still want me today, to have me back on air because they know 6:00 am every morning I will always be there to start the work," he told Eve Mungai.

The funnyman seems to have mastered the art of pushing himself beyond his limits to pursue his dreams.

Jalang'o explains why he has turned down 6 radio job offers

Lang'ata MP Jalang'o has declined six employment offers that require him to return to the radio.
Entertainment
1 week ago

Murugi Munyi lied to her then man she was pregnant so that he would send her abortion money for her to go partying
Entertainment
4 months ago
WATCH: For the latest videos on entertainment stories