Post Malone apologies to the people of St. Louis and sends love to them for being patient 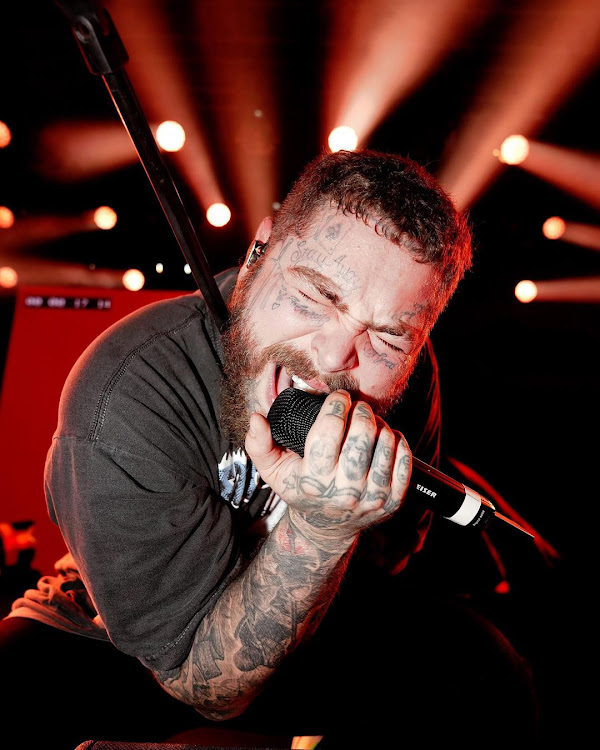 It was all vibes and Inshallah until Post Malone suffered a terrific fall mid-way through his performance.

Post took it to his Twitter account to update his concerned fans on his well being and to thank the people of St. Louis, where he was performing, for their patience.

" I just want to apologize to everyone at St. Louis, and I wanna say thank you guys so much for coming to the show, next time am around this way, we gonna do a 2-hour show for you so that we can make up for the songs we missed.

Thank you, guys, for your support, for your love, and thanks for hanging around, even though I got my a** kicked by myself, I love you guys so much, thank you." he said.

He assured his followers and fans that he was doing alright and was under medication.

"We just got back from the hospital, and everything is good, they gave me some pain meds," Post noted.

The Psycho hitmaker said he got carried away during the acoustic session, and the next moment he knew he was battling with the ground.

The musician extraordinaire was performing his track circles when he tripped on an uncovered hole in the stage used to lower equipment.

He lay on the stage for several minutes after the fall as medics assisted him. He eventually stood and was helped off the stage but told the crowd he would be back.

After a short delay, he resumed with a condensed set, holding his ribs and visibly cringing at times.

It's not the first time the American rapper has recorded a stage fall, and at a point, it was a worrying trend for his fans.

The tour has just started for Post Malone, with dates planned out through the middle of November.

His fans noted they were in much anticipation to see him perform in the various cities.

Post Malone mentioned, last month, that his girlfriend was pregnant and he was the happiest he's ever been in his life and it was time to take care ...
Entertainment
3 months ago

Gunna isn’t taking his incarceration lightly as it is evident by a fiery letter he’s written from jail where he says America is violating his Freedom ...
Entertainment
3 months ago
WATCH: For the latest videos on entertainment stories