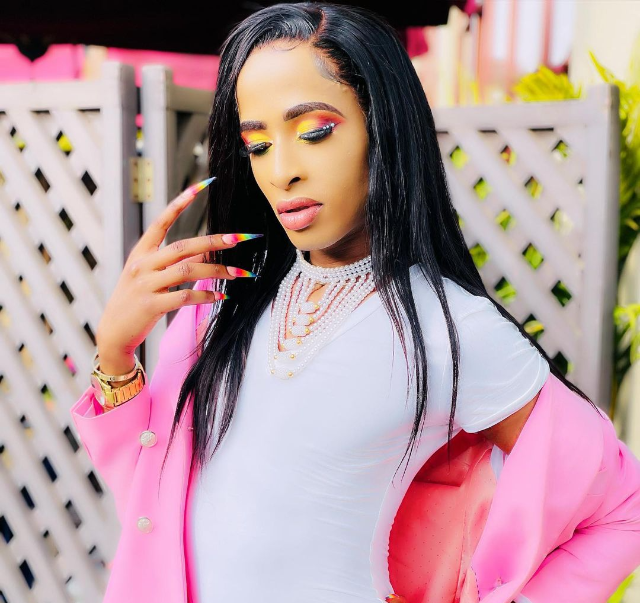 Maxwell Mwamburi, now Hunty Maxine, the newest tea master in town, has revealed that they are planning to undergo organ surgery. During an interview with 2mbili, the popular influencer said,

"I can change my identity and probably go abroad for surgery to correct my privates."

Maxwell Mwamburi has caused a buzz in the online spaces with his infamous 'Evenings in Nairobi with Maxwell' with the primary objective of dishing the dirt on Nairobi's public people.

In the interview, Maxwell said they were planning to change their names officially and would talk to dzaddy and his other government official friends to see how possible it is.

"Wacha nitaongea na mzee na marafiki wake wenye wako kwa serikali saa hii unajua serikali yenye iko saa hii haina mambo mingi, I can change ..." (I will speak to my man and his friends who are in the government right now, the current government is chilled)

Maxine said that being termed by the pronoun she, was an insult and should be termed as they/them until further notice.

"It's them, she is an insult because I don't have the 'tofotofo' yet, so am them for now."

Maxine noted that they was not planning to add 'weight' as dzaddy like them skinny.

"No, no, no, skinny! skinny like this, he likes skinny, anapenda maskinny, hapendi thick because thick is dirty. Eeew!"

Seeing many have made a turn after they came out, Maxine assured them they were in it for the long haul.

Kamene and Betty Kyallo were some of the people that they mentioned who knew their little secret.

"All of my friends knew, akina Kamene, kina Betty Kyallo, and they kept it a secret because I always feared what people would say."

Maxine made it clear that they were still running Maxwell Cakes. The luxury cake business was currently operating in Kilimani, Mombasa, Kisumu, and soon would be in Nakuru.

The controversial content creator mentioned that they had a promise ring worth Khs. 350,000, which was a surety they would keep what they had with dzaddy private.

Real estate and cake boss, Maxwell Mwamburi is one disgruntled human being and his wrath was brought about by none other than close friend and fellow ...
Trending
3 weeks ago

Maxwell Mwamburi calls out Vera for being mean

Real estate and cake boss, Maxwell Mwamburi is one disgruntled human being and his wrath was brought about
Trending
4 weeks ago
WATCH: For the latest videos on entertainment stories