'I am broke, I am not poor,' Juliani clarifies (Exclusive) 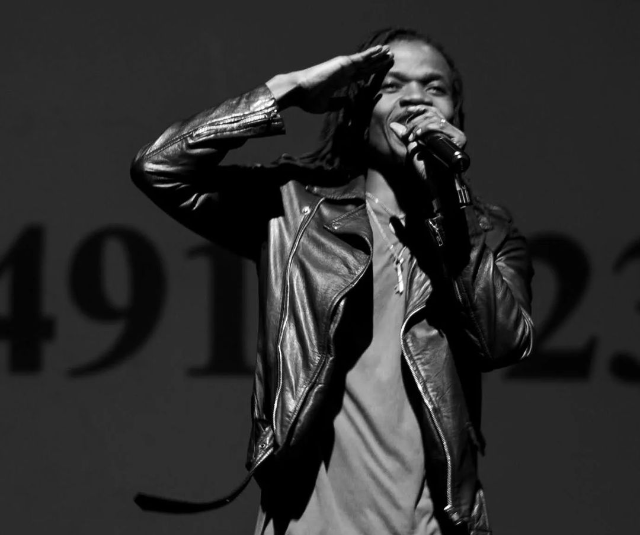 "I am surprised how people really want to help when mtu ako na matanga that's when people are willing to send money," he said.

"But they are not willing to send money to buy your album or support any other artist; people want to send money when they can put you down or when you are down.

It's really unfortunate, coz they perceive you are less than them."

He proceeded to share his 2 cents urging fans to be sincere in their support.

Let's create an environment where you see a young person with an idea, let's support those ideas."

Building on it, the father of two noted that it wasn't just about "helping but also building yourself. Nimeona wasee want to help when uko kwa shida, they don't want to help because they are inspired by what you do, which is sad."

Despite the online chatter saying the artist needed help, he said he had not received any money following his tweet by the time he had the conversation.

Juliani was not shy to state that if he received the money, he would shamelessly buy diapers, as he had said.

"Ata mtoi wangu ndiye huyu hapa nikumbuia tu diaper poa," he said adding that he loved everything about fatherhood and marriage, and it was just perfect!

Juliani expressed that though he was broke, he was not poor,

"I am broke; I am not poor; being broke means you don't have revenue, and probably you don't have cash flow. I am working on the cash flow as there are investors am talking to," Pointing out,"And there is no money that anyone can send me that will get me there."

Juliani urged people to check out and support his projects e.g., Takataka bank, which is supposed to employ 10,000 people, and hip hop city.

While at it, check out his newest album masterpiece

In an exclusive interview with Mpasho's Kalondu Musyimi, Juliani is far from pleased as he says if netizens are asking for war that
Entertainment
1 week ago

Lilian Nganga has responded to netizens after being trolled yet again regarding her ex and first governor for Machakos county, Alfred Mutua .
Trending
1 week ago
WATCH: For the latest videos on entertainment stories