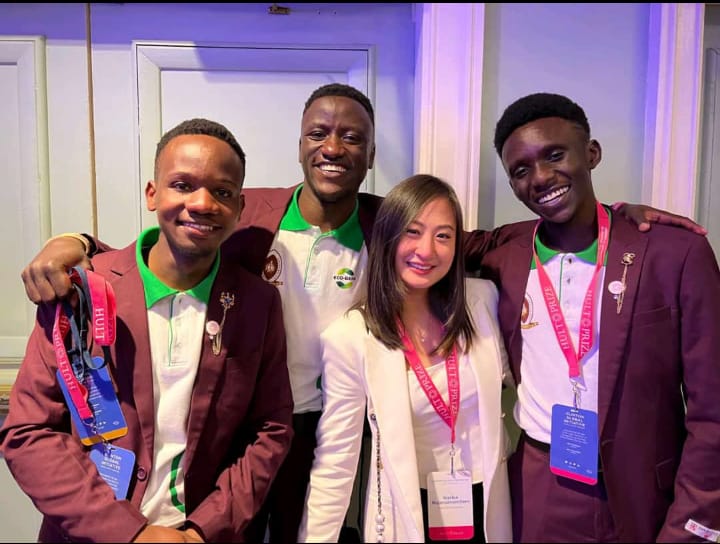 History was made after a team of five Kenyan students, won the grand 1 million dollars at the Hult prize competition.

Hult Prize is a platform that brings together university and college students from all over the world to pitch their business ideas that can solve a social problem in the world.

The fantastic five competed under the umbrella name Eco-Bana invented biodegradable sanitary towels from banana fibers that saw them walk home with the Mullah.

The team was competing against some brilliant minds, and as you would presume, it was not a walk in the park. Here is a sneak peek of what they were up against, from Hong Kong, Breer, were making beer from bread. From Pakistan, Savvy engineers pioneered 3D filament from plastic bottles.

From Australia team Flexie, formulated a platform for master's students to get a direct work link with their employer. From Switzerland, team OpenVersum, developed a module that helps purify water in rural areas. Finally, from Taiwan team Cooseii, design art sold at art galleries in Europe. 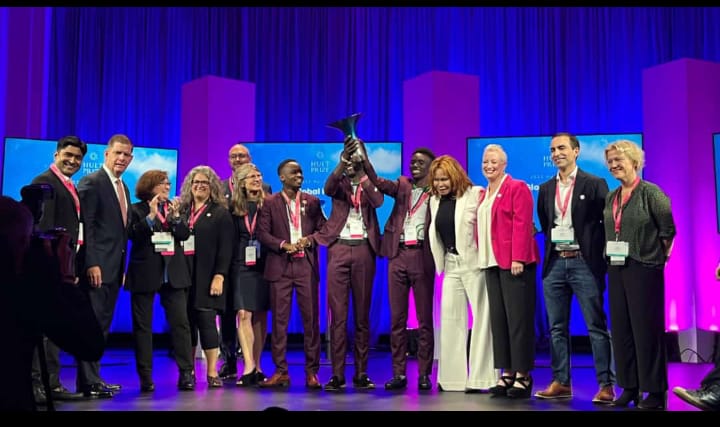 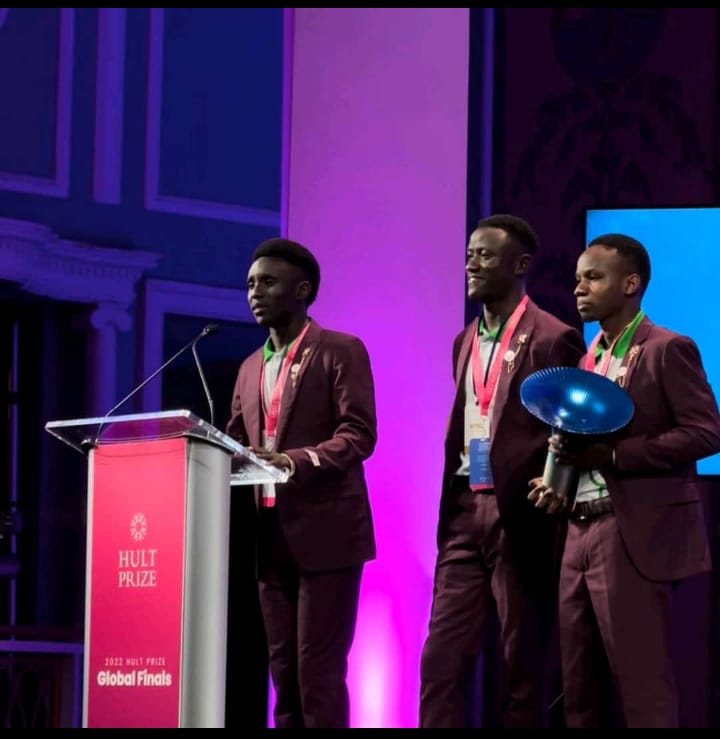 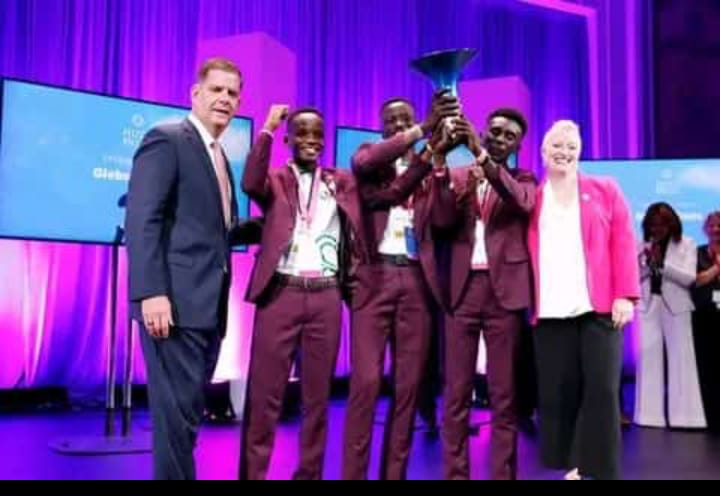 Speaking to the chief Executive Officer, Eco Bana, he let us know the name was crafted from the words Ecology and Banana.

The company came into existence in 2020, as the team was searching for an idea to compete in an international competition.

Originally it bore the name The Rising Hope Project but had to change it since, one, growth happened, and the focus had now shifted to an environmentally friendly product.

The idea behind Eco Bana is the end of period poverty, with several reported cases of girls missing school during their menstrual period.

Lennox, who is the team lead, noted Eco Bana was an individual initiative, and later on, is when the team came on board as the work was getting overwhelming.

Before proceeding to the finals, they had to compete at the regional summit in May, with over 5000 teams registering. The regional summit was held at Strathmore University. The semi-finals, termed the Global Accelerator, were held, in Boston, Massachusetts.

The CEO stated that the plan is to expand Eco Bana, not only locally but internationally, Mexico to be precise since it has mass banana production.

Addressing the future of Eco Bana,

"It's very bright; we have five investors who are waiting to sign a deal with us, two from Egypt, one in the united nation, one from Abu Dhabi, and one from Kenya,” the mass communication student said.

Before the big win and their travel to New York, Lennox noted he was excited he was traveling for business purposes, but more so for the networking opportunity and the possibility of a scholarship at the Clinton Global University.

He assured us that this is not the last invention we are to expect as they are exploring other uses of banana fibers.

Why the internet is an amazing gem

Sakaja-I was too embarrassed to go back to class

Johnson Sakaja, the senator from Nairobi, has admitted that he did not complete his studies at the University
Trending
3 months ago
WATCH: For the latest videos on entertainment stories