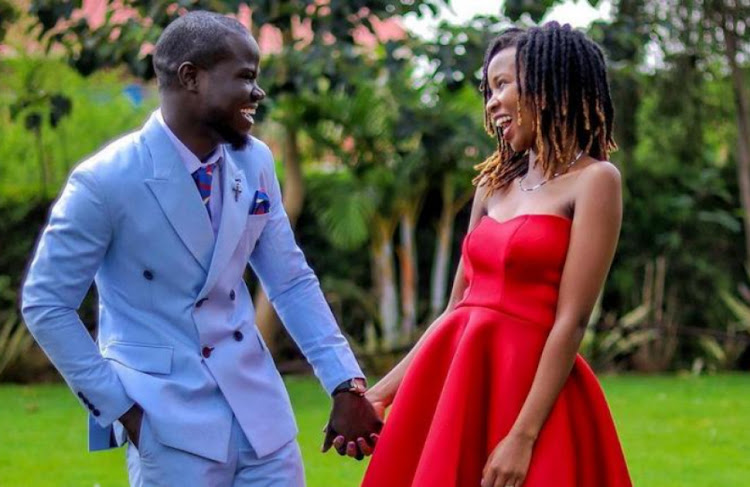 Kendrick Mulamwah alleged that he recently fought his baby mama's mubaba. Speaking during an interview with Presenter Ali, the father of one bragged,

"He (mubaba) said that I was interfering with his house by dragging his wife into our mess (Sonnie and Mulamwah breakup). I was like 'who called you?' who brought you to the internet?'"

Mulamwah says he was offended because when Sonnie and her alleged Mubaba were posted online she was referred to as his ex/baby mama.

"I never looked for you but whenever he was mentioned I had to be mentioned. I came because I was tagged, we were drinking juice and I felt him throw a glass at the time, so I sent it back to the sender.

We do not go to the gym to count people; we have our own strengths." he added.

"We fought for like 3 or four minutes, I beat him properly," he claimed.

The comedian concluded the interview by alleging that Sonnie had pushed him to do things he would never have considered doing before and that is fighting other men.

In a past Q and A segment, Sonnie had strongly stated that she would never date a married man or a mubaba as she doesn't want him to die in her arms.

The mother of one was responding to some of the questions by her fans on her YouTube channel.

"I would date a young man because I am still young, and I do not want a mubaba to die in my arms. I want to create wealth with my own man and not someone else's husband. I do not want to inherit anyone else property."

"I won't lie I spend most of my time sleeping and eating, and I do not even get fat."

Sonnie has for a long time been dating comedian Mulamwah until recently when they broke up over reasons not made public.

Many had assumed the now ex-couple broke up because the child did not belong to Mulamwah something Sonnie bitterly denied.

As their daughter Keilah Oyando turns one, comedian David Oyando, also known as Mulamwah, is once again launching attacks at his baby mama Caroline ...
Trending
1 week ago

Netizens react to Mulamwah's petty birthday wish to his daughter

Mulamwah's finally wished his daughter a happy birthday in the evening, laden with shots at the mom and a shocking family revelation
Trending
1 week ago
WATCH: For the latest videos on entertainment stories