Ben Cyco's wife on why she had to see a therapist 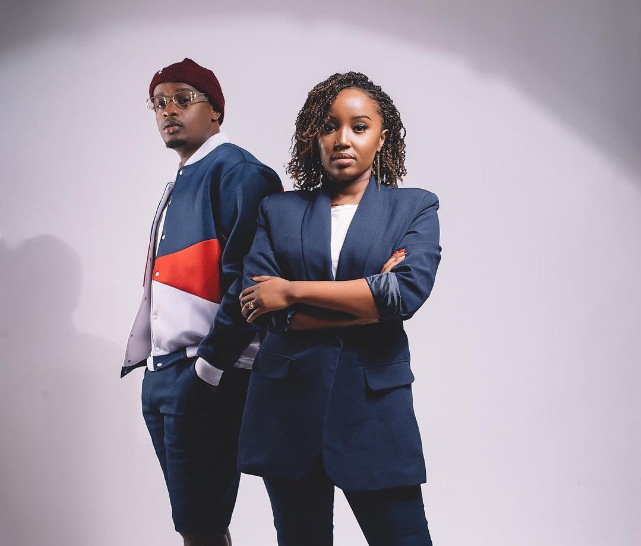 The Joyride podcasters Ben Cyco and Wanjiru Njiru graced our Kiss online space, and yes, it was a time full of mirth and joy.

Social media trolls are not unfamiliar to the two as content creators, and they had their own experience as a point of reference.

Wanjiru shared how at a point in time she had to seek professional help to deal with the bullying that came her way.

Netizens said she wasn't deserving of Ben and that he deserved better. The few unsolicited comments got her in a bad mental place.

"We did an episode on roles and responsibilities, and it was difficult for me due to the backlash I experienced. There were a lot of comments like, 'Ben deserves better than you, or 'it's a ticking clock and Ben will leave you,' only because of the views I had," Wanjiru said as she got into the finer details.

"Of course, that's difficult, it's easy when Ben is telling you 'I am not leaving you, those people are useless,' but they are not useless." she admitted.

"It kinda does something to your mental(sic), but I think I have gotten over it, walikula a few blocks, and now we are at a better place," the YouTuber said.

Wanjiru wasn't shy to admit that the negative comments do get in one's head as she said,

"It really does. I think now I am better. We have done a lot of talking through it, and of course, with professional help, that helps center you and also shifting my focus on the positive and not the negative."

Ben, who has been in the industry for a long time, had a few tricks and tactics to dodge the negative energy.

"Just do your thing to the best of your ability, then post it. Usikuwe so hell-bent on just taking what people are saying, because out of the 50 people who are so nice, utapata tu that just one, na maybe ako na 5 followers, but kitu atakwambia itafanya ufeel unfit aka ku-quit," the Tawala hitmaker added.

"Don't spend too much energy on the hate. Spend the energy focusing on the love because you can't please everyone," Ben wrapped the matter up.

Watch the whole interview below;

Joy died in 2020 after battling cancer and had made her health struggles public via social media.
Entertainment
4 months ago

Ben Cyco reveals his friends were against him marrying Wanjiru

On the good side, Cyco says he hasn't lost any friends because of their relationship.
Entertainment
7 months ago
WATCH: For the latest videos on entertainment stories