Akon reveals big plans he and Michael Jackson had for Africa 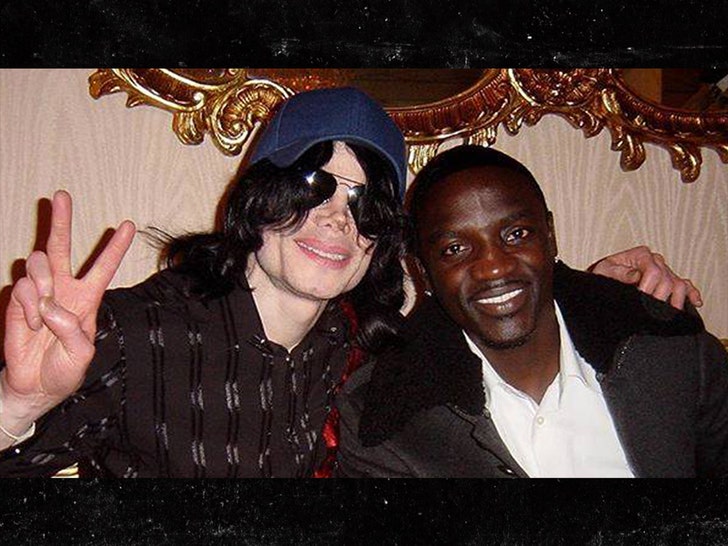 Senegalese-American singer, record producer, and entrepreneur, Aliaune Damala Badara Akon popularly just by Akon to the rest of the world just revealed details of a project he and the late Michael Jackson were working on.

According to the ' Don't Matter,' hit-maker he and the late King of Pop had huge plans set for Akon's motherland, Africa.

Although Akon did not name any specific countries he revealed that he and Michael Jackson before his demise had been talking and making plans to open several music-focused schools across Africa which got tragically derailed with the death of the King of Pop.

During an interview with TMZ in New York City, the 43-year-old talked about a concept he and MJ had come up with back in the day of funding a series of music universities to help grow the untapped talent in the continent.

Akon said he and Michael wanted to supply students in the set schools with instruments, infrastructure, and industry advice to hone their skills because as he and MJ discussed, there was and still is a lot of undiscovered talent in Africa.

" It started as a concept I and Michael was speaking of starting music universities all through Africa. Give them knowledge of the industry as well as equipment and all," Akon stated.

" Africa has so much talent, it's even one of the main reasons I went to Nigeria back then. Support Afro beats artists as a way to open doors to create more opportunities." Added the 'Lonely hit-maker.

He finished off by saying the concept for Michael was deeper than just leaving a legacy.

" For the people who really know MJ know it's not even a legacy question. You know what Mike did for the culture... at the end of the day, as a friend, my job is to help people know better who he was as a person." Akon said.

Before highlighting that it's something he still wants to make happen in the future.

Sadly, Michael died in 2. But Akon says 009 before he and Akon could break ground on any schools.

A property in Las Vegas which the late Michael Jackson rented for a year has gone up for sale for $9.5 million.
Entertainment
8 months ago

Tory Lanez declared that Chris is the King of pop as he awarded him a chain worth 238 thousand shillings
Trending
4 months ago
WATCH: For the latest videos on entertainment stories