The family said they will address the media on Tuesday, despite the fact that reporters were being delayed outside his gate. 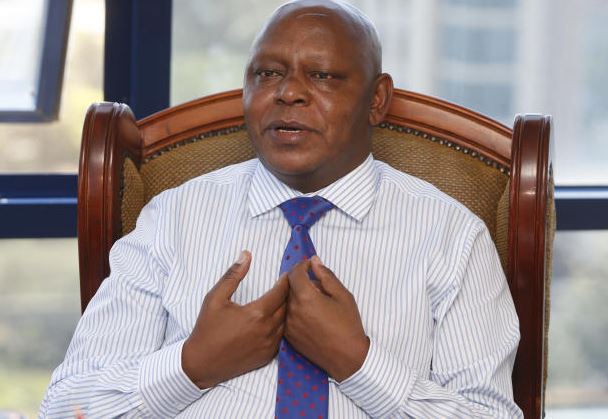 After the sudden news of the demise of Kenyan lawyer Paul Gichuru, Kenyans have shared their mixed reactions and their condoling messages.

Gicheru, an ICC witness lawyer, was discovered dead in his Karen home, Nairobi on Monday night.

Kenyans had these to say about Paul Gicheru and his untimely death,

Stephen Mutoro: have lost a friend. Lawyer Paul Gicheru was found dead in his Karen home. He was undergoing a @IntlCrimCourt witness interference case. I know he had a medical condition. But I just hope it's a natural death. I can't speculate. But what a shock. What a pain. RIP well, wakili.

sub_zero: Am certain if indeed something sinister happened. The ppl that hired him are now cleaning their mess... And the ICC case has never and was never a problem to doyen. In fact, he never addressed that nonsense. The people that hired him can't protect him anymore he is a liability to them

FERDINAND OMONDI: Paul Gicheru joins a remarkable list of witnesses in Kenya's ICC cases who have either died, disappeared or retracted their statements. This is a new "difficulty" for ICC Prosecutors. The Kenyan cases are "considered closed unless and until the Prosecutor submits new evidence".

Vin Onyoyo : From dust we came and into dust we shall return. May his Soul rest in Peace

Dennis_M.: In every murder, the biggest suspect is the one that most benefits. However, it's not always the case that the suspect is guilty of the charges. At times the enemies take action and let the tide fall on the suspect. Simple mind game. Well, maybe not.

Lord Abraham Mutai: Paul Gicheru was headed to bed after lunch. At dusk, his family was shocked he wasn't up yet. Upon checking on him, they found foam coming out of his mouth, lying there dead. It's alleged that his son was also taken ill and admitted. Doctors are monitoring him, Police OB report

Simon Peter: So, Saad, may his soul rest in peace, as we stand with the family

Robert ALAI: Lawyer Paul Gicheru collapsed and died in his house in Karen?

KHRC: While the full details surrounding this death are still emerging, we remain concerned with the shocking news of the untimely death of Kenyan lawyer Paul Gicheru who was facing charges of witness interference at the International Criminal Court.

Kibet Benard: Paul Gicheru, who started these ICC cases again? I thought 2010 /2013 was the end of ICC, it is painful to lose a life. Very painful.

Moses Ngige: Wait, Paul Gicheru, the ICC Suspect Lawyer is Dead! Family and Police have confirmed. He was found dead at his Karen home.

"He had late lunch and felt unwell and went to bed, but he did not wake up," police said.

"His son too collapsed and was taken to Karen hospital in stable condition," police added.

Gicheru was allegedly poisoned before being found dead, according to the authorities.

"He had late lunch and felt unwell and went to bed, but he did not wake up," police said.

The cause of death is still unknown.

The Kenyan lawyer was charged with crimes against the administration of justice for allegedly corruptly influencing court witnesses.
Trending
2 months ago
WATCH: For the latest videos on entertainment stories