Lilian Ng'ang'a said she is in a very happy marriage with Juliani. 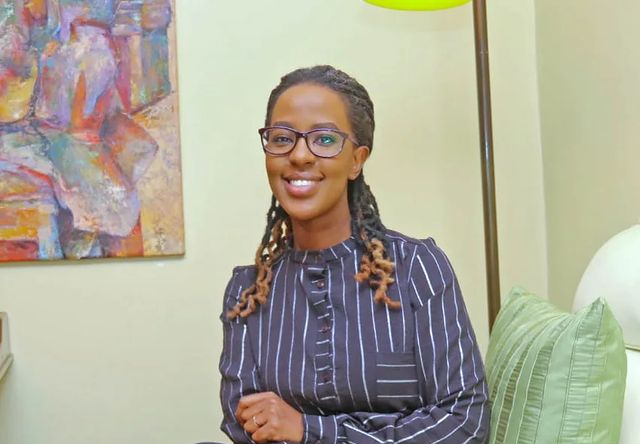 Following the dissolution of her marriage to her now-ex-partner, Governor Alfred Mutua, in 2021, former Machakos first lady Lillian Ng'ang'a and her spouse rapper Juliani made their love public.

In an interview, Juliani claimed he had no intention of dating Lillian, but things quickly picked up after she got his number.

After a year, the two are parents to a charming boy named Utheri (light).

Lillian claimed to be quite pleased with her marriage to Juliani in an exclusive conversation with Mpasho's writer Elizabeth Ngigi.

"My one year with Juliani has been very easy and that is how love should be. It should be easy as breathing. I like it because, this is a person who wants the best for me above everything else," she said.

During the interview, the writer asked Lillian if she planned having her baby. She explained;

"Everything happens for a reason and it's very rare to sit down and agree that we gonna get children in July," she said.

"But now that the baby is here, I wouldn't change it for anything. It is the best thing to ever happen in my life. I am the happiest mother in the world."

Lillian and Mutua were together for eight years.

Asked if she did not want a baby then, Lilian diverged;

"Nobody is ever ready to have a child. I am very open to the world and all that it has to offer. I take everything that comes to my life as it is and it might look as though it's out of the norm, but everything serves the purpose. I am grateful for everything."

The 37-year-old mum said being a mother is a wonderful experience.

"For now, I can't think about having other babies but motherhood has brought a different love and more responsibilities and I now want to work even harder for them and learn so much."

Lillian described Juliani as a great father to their child.

"He helps a lot, changing the baby, playing with them and I a happy to see him being a dad," she said.

Yoh! This week on our hot and entertaining segment #TheKissRoundUp we focus the spotlight on top stories making headlines in the Entertainment ...
Entertainment
2 months ago

Lillian Ng'ang'a and Juliani are eager to look past the online antics they have been exposed to this week.
Trending
2 months ago

Lilian Nganga has responded to netizens after being trolled yet again regarding her ex and first governor for Machakos county, Alfred Mutua .
Trending
2 months ago