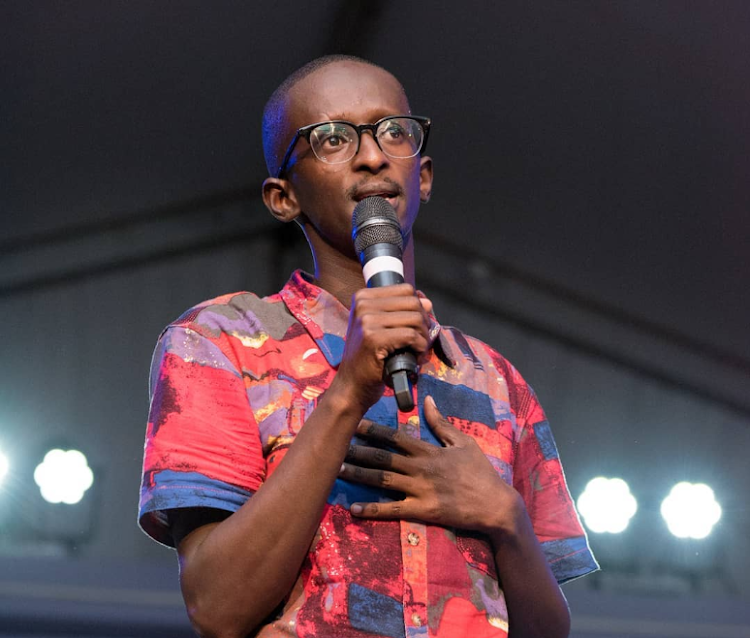 Njugush Njugush says that he has had to turn down some opportunities that asked him to refrain from political gist
Image: Instagram

Content creator Blessed Njugush is popularly known for his political satire skits that leave his audience in stitches.

Speaking at Baraza Media, the father of two stressed that politics is close to his heart, as it trickles down to everything else, either positively or negatively.

Njugush expressed that politics is something he was exposed to at a tender age as he was his dad's designated news anchor.

"Mzae alikuwa anapenda siasa sana, alikuwa ananiambia, we watch news nikikuja uniambia chenye kinaendelea. (My dad used to love politics a lot, so he used to tell me to watch the news bulleting's, and when he returns, I would tell him what was going on)"

Though that aspect played its part, what really intrigued the desire was a unit he did on campus, where they would practically analyze newspapers from different media houses.

"Going to campus, I had two units that I loved, advertising and news writing...tulikuwa tunachambua gazette! (We would critically analyze newspapers),".

The classes were so exciting that they would be left asking for a continuation class.

"Tulikuwa tunapatiwa gazette za kila media house, tunachambua headline, mbona ya Nation iko different na izo zingine (we used to be given newspapers from every media house and analyze why the headlines are different) and what effect it would have.

It was so deep you end up discussing one headline the whole session mpaka mnasema, mwalimu kesho tunaweza endelea (until you ask the teacher if we could have a continuation of the same the next day)."

Njugush noted that political satire has had its downside, as some brands will ask him to refrain from political gist as they preferred to remain neutral.

"If mnakata kuwa neutral then I'm not the guy," the comedian will always respond.

The comedian added that he is always on the lookout, not to mention names in his skits, because of lawsuits; if his fans speculate who he was trying to impersonate, perfect!

The presidents are in the UK to pay their last respects to the Queen as she is laid to rest.
Lifestyle
2 months ago

Njugush' embarrassing encounter with a fan

Njugush revealed that the fan was a little overexcited to meet him
Trending
4 months ago
WATCH: For the latest videos on entertainment stories