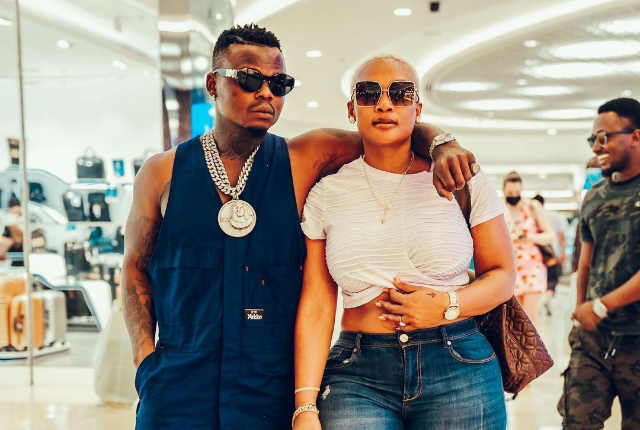 Harmonize and Frida Kajala. The couple have raised eyebrows among their fans with cryptic messages
Image: Instagram

Tanzanian singer Rajab Abdul Kahali aka Harmonize and his fiancée Frida Kajala have raised eyebrows among their fans and followers with a series of cryptic messages.

Kajala kicked started the conversation after putting up a post that says “Leave me alone” followed by several motivational quotes.

“I’m ant a point in my life where I need peace and tranquility not attitudes and arguments.

“Everything we go through in life is a teste to either hit the next level or stay in the same spot.

“Don’t mistake my kindness for weakness. The Beast inside me is sleeping, not dead," the quotes read.

The series of posts left their fans confused. Many who commented on the posts accused the couple of clout chasing.

Konde Boy is set to release two songs tomorrow (Friday) and probably he was using his relationship with Kajala to create a buzz.

She later put up a separate post hugging her Bae with a caption that says "He is Back".

Sarah went on to explain that Harmonize had lied that Fridah Kajala, whom he's currently dating, is his sister
Trending
2 months ago