Njugush reveals the meaning of his sons' Kikuyu names

Comedian Njugush said his two son's names Tugi and Toria are very special to the family. 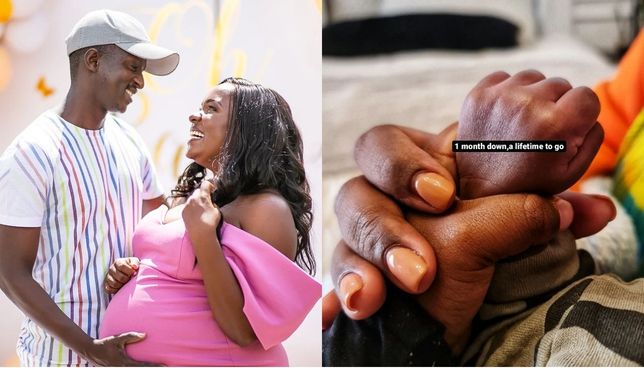 Timothy Kimani, stage name Blessed Njugush, has given an explanation for why he prefers giving his kids Kikuyu names.

While speaking to Mpasho's writer, Elizabeth Ngigi, the father of two said his two sons names Tugi and Toria are very special to the family.

According to Njugush, Tugi means a gift from God while Toria means a conqueror.

"Toria since he is a conqueror and we all want to be winners in everything we do in our lives," he said.

Njugush said he prefers giving his children names that he understands the meaning behind them well.

"When choosing names, we chose in regard and meaning and I prefer doing it in Kikuyu. For me, I will go for the meaning and also, I want to look at my child in future and see the reflection of their names," he said.

A while ago, his wife Celestine talked about their first born wanting a sibling. She said the thought of adding another child was there but it was not happening until their son started praying about it.

"We had thought of having a baby for so long. We kept planning but it was not happening. We have waited for long and God maybe just answered our son's prayers," she said.

"Tugi would pray and tell God to put a baby in his stomach since maybe he thought we did not want the baby to be in our stomach. He is so excited about it."

Njugush said Tugi now knows he is a big brother and he is therefore very protective.