It is not fair to keep your people stranded with no communication - Amber laments. 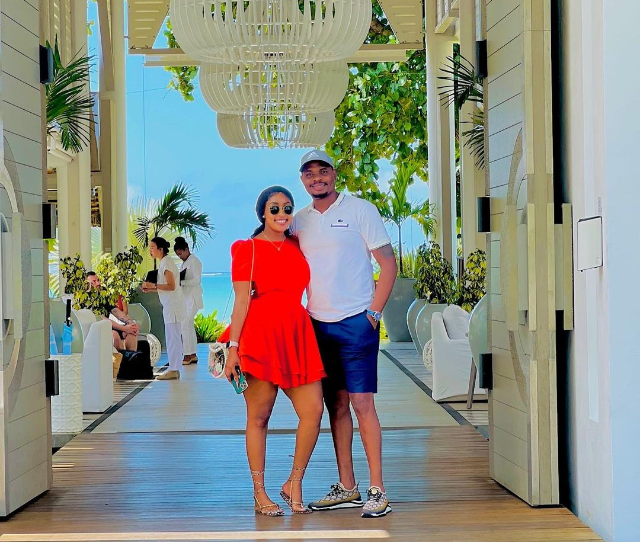 Amber Ray and Rapudo during their recent trip to Mauritius
Image: INSTAGRAM

More than 10,000 customers were affected by the strike by Kenya Airways (KQ) pilots, including socialite Amber Ray.

Amber Ray has been in Mauritius to celebrate her birthday with her boyfriend Kennedy Rapudo.

The mother of one took to her Instagram page to call out Kenya Airways for failing to communicate to their customers who had trusted their services.

According to Amber Ray, after learning that they were on strike, they decided to book another flight through Dubai for their convenience.

"I know Kenya Airways to be my pride and joy. Today however we were left stranded as we could not reach them for our flight confirmation which is due tomorrow.

"We later heard there is a strike via social media, and since we could still not reach them…we figured tujipange at least tusiongeze stress nyumbani as I believe many others are already doing," she wrote.

What irks her most was that they had spent over sh430K on the flight ticket and KQ said they would only refund them sh15K out of that amount.

She said it was unfair yet there was no official communication.

"We decided to book another flight through Dubai (not KQ and with a 2-day layover 🤭Good for our Mauritius hangover anyways right😉)HOWEVER 😡KQ wants to refund us 15K…from a ticket worth 340K surely.

"We don’t need a refund, but retain your honor and give us a voucher as we have future flights with you.

It is not fair to keep your people stranded with no communication and also punish us for making other plans when the issues are from your end. @officialkenyaairways get me some assistance please as it is unlike you and can be corrected."

However, in the comment section, Amber's fans made fun of her situation with many saying those were rich people's problems.

Check out hilarious comments from her fans;

bossbabe_irene: Huyu rapudo asipo kuoa, he will really have lost a lot cause weeeee I think you guys have spent close to 5m so far with social media standards

patiencesitawa: I thank God for my mbukinya. Has never failed me.

Socialite Faith Makau aka Amber Ray has made refuted viral reports that she is officially engaged to lover Kennedy Rapudo.
Entertainment
1 month ago