Karen Nyamu throws shade at bootylicious lady hosting Samidoh in US, she responds

The Mugiithi singer is currently in the US for a two-month music tour and he is being hosted by Bernice Saroni. 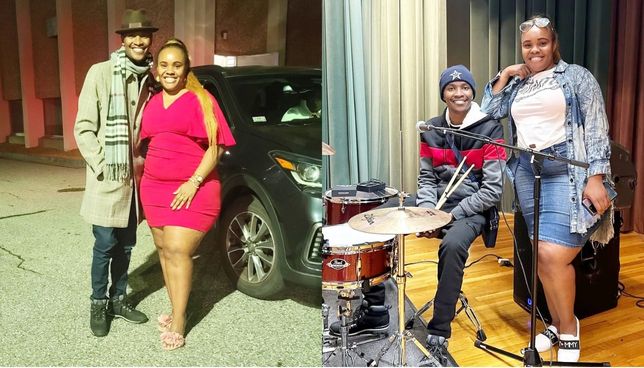 Nominated senator Karen Nyamu succumbed to pressure to respond to fans who have been tagging her on posts relating to Samidoh’s stay in the US.

The Mugiithi singer is currently in the US for a two-month music tour and he is being hosted by Bernice Saroni.

Bernice is among organizers who are in charge of Samidoh’s ongoing US tour.

The two have been spotted together severally in the US from the time he landed.

During his birthday a few days ago, she was the lady who also helped the singer cut his cake at one of his performances.

When he missed one of his shows over the weekend, she also updated fans that Samidoh couldn't perform due to a medical emergency that he suffered.

"My Spokane Mugithi family, it is regrettable today’s show had to be postponed. An unfortunate accident happened this morning and led Samidoh to the Emergency Room, hence not being able to travel over for tonight's show. Kindly bear with us sorry for any inconvenience caused. The show will be rescheduled to a later date," Bernice wrote.

Well, fans have been tagging Samidoh's baby mama Karen Nyamu in her posts to the point she responded.

A fan identified as Eunice Shaisha told Karen to close her ears as long as Samidoh is paying the bills.

A quick check of her social media, she is a close friend to Samidoh's wife Edday.

A while ago, Bernice talked about side chicks thinking they are more special than the wives.

Bernice Saroni had shared a post asking why side chicks get the strength to feel special when they already know there is another woman in the picture.

Bernice advised them to stop breaking families and get their own men.

"Where do side chicks get the strength to tell a married man promise not to break my heart or cheat on me?" she wrote.

Edday added that in this case, the children suffer the most.

"Children will suffer because of two selfish people, and that’s why suicide in pre-teens and teens has increased."

The family of Mugiithi musician, Samidoh adore him so much. The singer is currently in the USA for a tour of several states.
Trending
3 weeks ago

Edday and Karen Nyamu ignore Samidoh on his birthday