Moya was hired to gift Machakos governor before she gave her speech in Athi River. 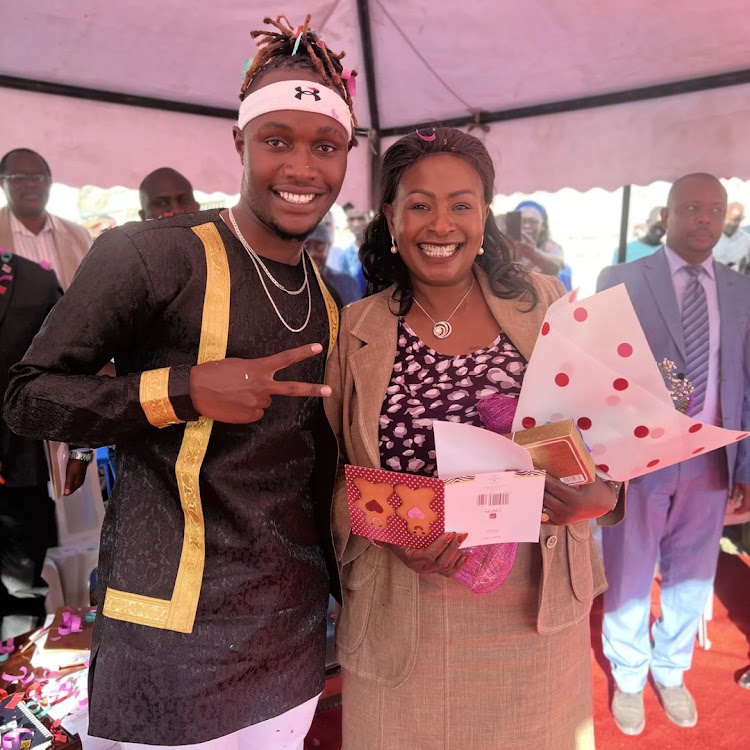 Kenyan Tiktoker Moya David treated Machakos Governor Wavinya Ndeti to a pleasant surprise at a time she was turning a year older.

Moya was hired to gift Machakos governor before she gave her speech in Athi River.

It was such an unexpected and also exciting moment for her as she was about to give her speech in Athiriver, Then boom here comes Moyadavid," the excited dancer shared on his social media pages.

Moya then wished the governor a happy birthday as he presented flowers to her.

He added that his mission is to create more smiles on people's faces.

"Am Still on the journey to create more smiles. Thank to all those who support my art and understand it as well. Team moya Twende Kwa mheshimiwa mgany next? Wakamba mnipe likes zenyu!"

In a past interview, Moya said he commercialised his TikTok videos when he realised people started loving his work.

He chose to do TikTok differently, on the streets.

"Most people do a common thing on Tik Tok: dancing. So I thought of coming up with something new that will involve people in the streets, women in markets,"he said.

He said of all the people he has worked with, Nigerian nationals are romantic.

"It has evolved into a legitimate business. Nigerians are romantic, which is why I'll be doing a tour there," he said.

"A Nigerian paid me Sh250,000 to perform a virtual surprise for their lover. There was another one from Dubai, alinipea shamba."

Moya is currently hiring other dancers to work with him as his business is growing.

"I've launched a small firm called Moya Surprises and I'm looking for new employees. I have an academy where I train people every end of the month. Initially, it was every Sunday, but due to my tight schedule I'm unable to do so."