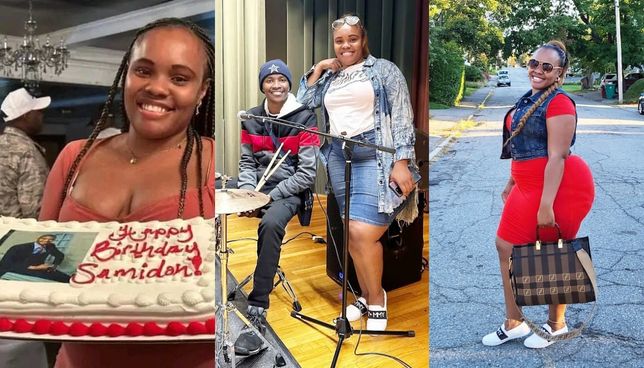 Nominated Senator Karen Nyamu is embroiled in a war of words with with Samidoh's US Promoter Bernice Saroni.

In the said screenshot, Bernice and Karen were on a WhatsApp video call.

Remember Karen a few days dissed her in a post calling her Bernice with "big assets".

Bernice responded to that saying she did not want to fight anyone but asked women to stop body shaming other women for them to shine.

Yesterday, Karen had a Q and A session on her Instagram where people asked her private questions and her career.

One of the questions she responded to was about why she was fighting for Samidoh yet he was married.

Karen said Samidoh is worth fighting for.

Another fan asked her if she knows that her baby daddy had a "Mumama" in the US.

It is this question that Karen shared a screenshot of her talking to Bernice via WhatsApp. 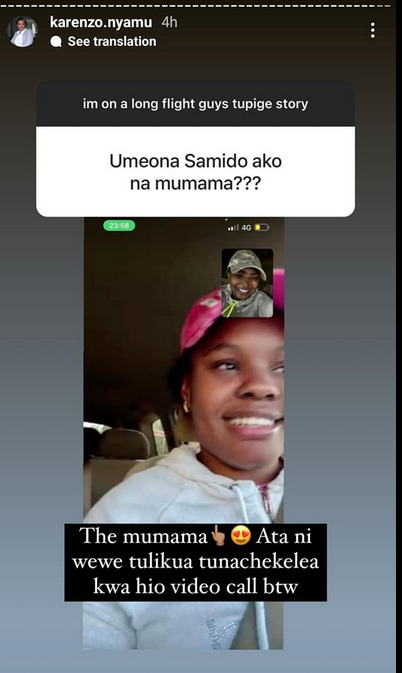 That seems to have irked Bernice who took to her Facebook page to lecture the female politician.

According to her post, Bernice did not like that she had previously body-shamed her and was again calling her "Mumama"

She blasted Karen saying she had called her on video wanting to know who she was and why she had hosted Samidoh.

She said she was not Karen's friend asking her to heal from her past relationships.

"Eish nominated senator you are beyond this stupidity, now you have stepped on the wrong toes... Your video called wanted to know who I am then you twist the story ati we are Friends since when and how??,?... your need a mental evaluation otherwise I'll drive you myself for therapy don't bleed on me with your past wounds, get healing," she wrote.

Bernice then told Karen not to make it look like she has only dated Samidoh by always wanting to prove a point. 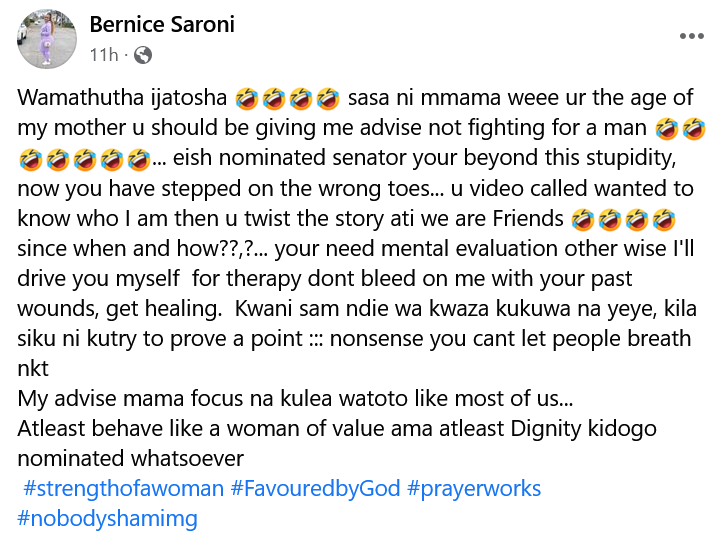 Responding to her post, Karen Nyamu denied ever calling Bernice saying she had said hi on Samidoh's phone.

She added that she did not know calling her "Bernice with big assets" offended her.

She stated that she has no history of fighting for men so she would never fight for Samidoh.

She also told her to accept that she is a "mumama".

"We have spoken after my joke and laughed it off. Why didn't you tell me you were offended. I have no reason to fight with you I know you are not seeing Sam and I have no history of fighting for men. I just responded to someone who referred you as that. Kubali wewe ni mumama. What I don't understand is why you are beefing with me."

Bernice is a close friend to Samidoh's wife Edday Nderitu.

Bernice Saroni is arguably the biggest trend this morning after Karen Nyamu trolled her over her wonderful association with Samidoh.
Entertainment
3 weeks ago

Bernice Saroni, the family friend hosting Mugiithi king Samidoh in the US has blasted her haters who think she doesn't look good the way she is.
Entertainment
2 weeks ago