I wanted to be a Catholic priest – Larry Madowo opens up

I wanted to be a Catholic priest but it didn’t happen 🥹 How does Rev Fr Larry Madowo sound? 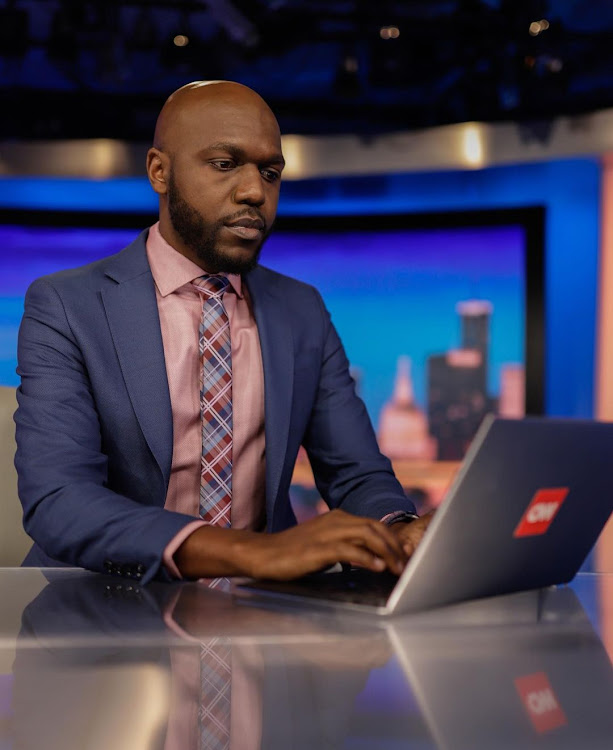 “I briefly trained to be a Catholic priest. My entire high school was spent at a Catholic seminary,” he said.

Madowo said during the seminary, they were often told that many were called but a few were chosen.

“So I guess I’m among those who weren’t chosen. As a kid, I wanted to be a missionary because they got to travel the world,” he said.

“… but mostly I wanted to be a priest because I thought I could help people. I still help people as a journalist, but in a different way.”

Madowo narrated how his mother taught him about curiosity that blended well with his current profession; A Journalist.

“My mother was a primary school teacher who taught me curiosity, generosity and respect. She made sure I read books and summarised them for her,” he said.

“She had the radio on so my sister and I could hear news from every corner of the world. My dad brought home newspapers every day, and I devoured them.”

Madowo said both his parents planted the journalism seed in him, even though they didn’t live long enough to see it germinate.

“I think growing up in rural Kenya opened my eyes to oppression and injustice, and I always make sure that my stories don’t unnecessarily centre the rich and powerful. Journalism is most powerful when it works in the public interest,” he said.

Having spent 10 years on television in Kenya, Madowo says he has been called a traitor for airing African news on International media CNN.

Meadow said having spent a decade on Kenyan TV, everyone will return his calls and people are often sending him ideas for what he should be covering.

“While some people are proud to see me on CNN, others expect me to be “patriotic” by only showing the positive side of Kenya and Africa,” he said.

“There are people who feel slighted when they see a fellow African covering something unflattering about the continent, and I’ve been called a traitor many times.”

Madowo said he sees his job as telling the full unvarnished truth about the continent, not being Africa’s PR guy on the international stage.

“I think I bring an important perspective to CNN’s coverage of Africa as someone who was born and raised on the continent,” he said.

“I hope that my local expertise and my cultural currency help tell a more nuanced, three-dimensional view of the stories I cover.”

Madowo who recently moved to CNN said he is called out whenever he does wrong on stories.

“Our audiences call me out when I don’t get it right, and I appreciate it. It’s tough to take some criticism, but I value all clearheaded, critical reviews of my work,” he said.

He said Africans have a lot more agency over what is said about them in the foreign press adding that he has seen more people who are not afraid to call out reporting that misses the mark or caricaturises us.

“ I think that vigilance has raised the quality of coverage from Africa across the board,” he said.

Celebrated Kenyan media personality and CNN Journalist Larry Madowo has wowed Kenyans with his recent photo of his recent coverage in Nigeria.
Entertainment
1 month ago