Students will get two month's break from November 3 till the following year after their third term. 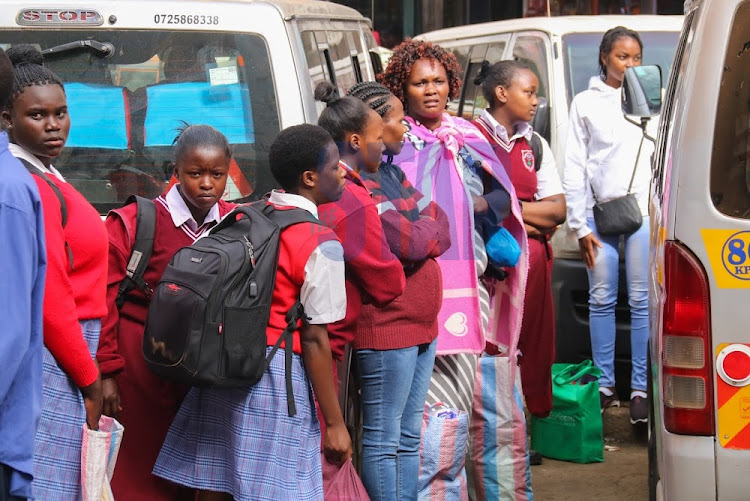 File photo of student going back to school
Image: THE-STAR

After the disruption caused by COVID-19, the Ministry of Education has announced the school calendar for the coming year.

“The calendar was disrupted due to the Covid-19 pandemic. However, the calendar will revert normally in January 2023,” Education PS Julius Jwan said.

The normal calendar was changed in 2020, with the advent of the novel Coronavirus.

To curb the spread of the virus, students were forced to stay home for almost the entire year since March 2020.

Jwan said all pre-primary, primary and secondary schools will have their opening day on January 23 and close on April 21 after 13 weeks.

The teachers training colleges, which have had their first term since August 29 ending December 2, will start their second term on January 23 next year for 13 weeks till April 21.

As the calendar starts in late January, affected students will have two weeks break in April instead of the usual four weeks while the ministry settles back to a normal schedule.

The August holiday will also be two weeks long from 12 to 27 for pre-primary, primary and secondary institutions.

While teachers training colleges will have their August holiday from 12 to September 1 for three weeks.

KCPE national exams are scheduled for November 6 to 9 while the KCSE exam commences from November 10 to December 1 for three weeks.

Students will get two month's break from November 3 till the following year after their third term.

Jwan urged all field officers to ensure the affected institutions are informed of the changes.

Charlene Ruto is seen kicking a ball on a football court in Morocco as a bunch of men (not sure whether its her security detail or fellow ...
Trending
3 weeks ago

'I was a mboch in Kayole' Sabina Chege

Sabina Chege got her acting role on 'Tausi' while still a first year student at the University of Nairobi.
Entertainment
1 month ago