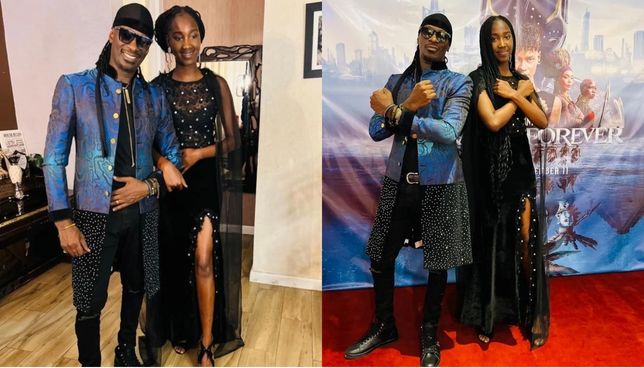 Nameless took his firstborn daughter Tumiso out for a date as his wife is taking care of their newborn Shiro.

The two were among celebrities who flocked to the Black Panther Wakanda Forever premiere.

He shared photos of him with his daughter Tumiso wearing matching black outfits.

Tumiso wore a black gown and heels while Nameless wore a pair of black trousers, a matching shirt, and an overcoat with blue accents.

He completed the look with his trademark head cover, a durag.

In the caption, he wrote;

"My date for the Night."

The photo warmed the hearts of Kenyans, with many noticing that he was training his daughter Tumiso on how men should treat her.

In another post, he said his daughter was a bit nervous to meet some people she looked up to.

"My date Tumiso had a great time last night...The movie was awesomeness, black excellence at its best. Tumi was a little nervous to meet some people she looks up to but I told her to be easy, they are people just like you, with fears just like yours! Just that they overcame some of their fears, failures, and mistakes... And so will you!

However, a fan identified as UncleSam Wachuka said his daughter might start looking for such love from the men she will date in the future which is hard to get. 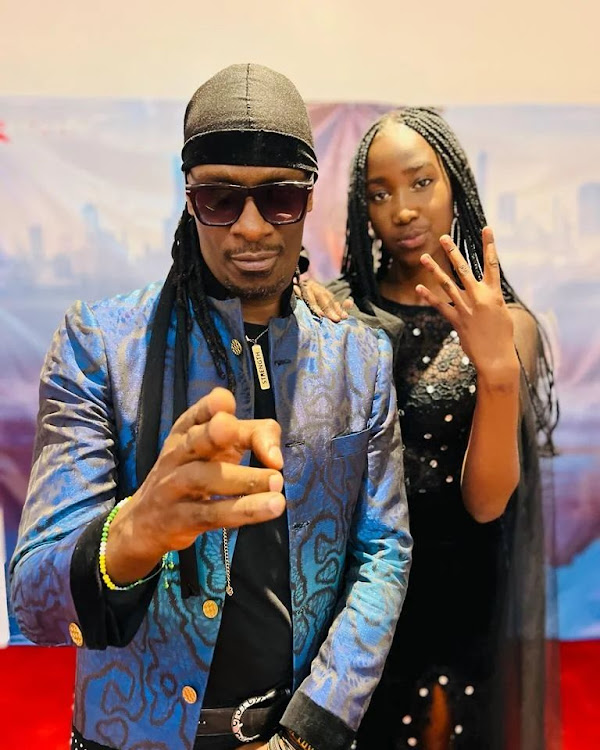 Huyu akipata kwanaume handle mapenzi kama ya Baba, itamsumbua sana na kuhangaika akitafuta that fatherly love which she will never get outside....that's why at times Men need to know such things can affect her future, love your daughters but try to hide it for her future sake but u looking good."

Nameless took to the comment section to respond to the fan saying he is bringing up wise girls who are not entitled but who have self-awareness.

"I know what you're talking about and I make my daughter very aware... I want to bring up wise girls who are not entitled, but very self-aware! They are not unreasonable with how they look at love or life or marriage. I on a realist and that's what I want to teach my gals."

Another fan, Elestuta Makena said Nameless was doing it diligently.

"This is the way to go. I love how she faced the fear with you. You are holding yet releasing."

'Ongeza wisdom,' Nameless subliminal claps back at a troll

Kenyan veteran musician Nameless had a little bit of a run-in with an online user who woke up and chose violence!
Trending
2 weeks ago