Mr Haggis, 69, denies the allegations and has pledged to "continue to, with my team, fight to clear my name". 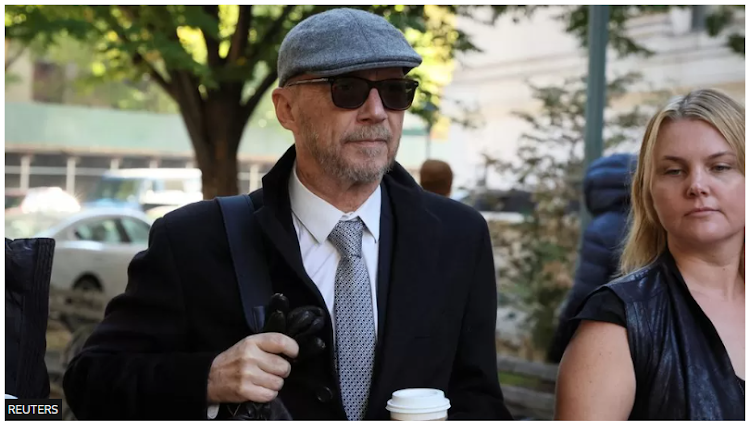 Oscar-winning filmmaker Paul Haggis has been ordered to pay at least $7.5m (£6.42m) in damages for suffering after being found liable for raping a woman.

Jurors may also award plaintiff Haleigh Breest punitive damages in a hearing on Monday over the alleged 2013 assault.

Hugging her lawyers after the civil trial in New York, Ms Breest said she was "very grateful" for the verdict.

Mr Haggis, 69, denies the allegations and has pledged to "continue to, with my team, fight to clear my name".

Warning: Some readers may find details of the case given below distressing.

As he left the courthouse accompanied by his three adult daughters, the writer of Million Dollar Baby and Crash said he was "very disappointed in the results".

Ms Breest - one of five women who accused the Canadian screenwriter of unwanted advances dating back to 1996 - said she was thankful "that the jury chose to follow the facts - and believed me". None of the other four took legal action.

In 2017, Ms Breest, a publicist, sued Mr Haggis, saying he had raped her at his home in the SoHo district of New York City four years before.

She alleged that he had pressured her to join him for a drink after offering her a lift home from a film premiere. He then allegedly compelled her to perform oral sex and allegedly raped her despite her entreaties to stop.

Ms Breest said she had suffered psychological and professional consequences from the attack.

The director said the publicist had been flirtatious and, though sometimes appearing "conflicted", had initiated kisses and oral sex in an entirely consensual interaction. He said he could not remember if they had had intercourse.

It was suggested at the trial that the director had been incapable of carrying out an attack just eight weeks after he underwent back surgery.

The trial also focussed on the Church of Scientology, of which Mr Haggis was a member until 2009. His lawyers argued the Church was out to discredit him and might have been involved with the lawsuit.

In a statement, the Church said it had no involvement in the case, and accused Mr Haggis of trying to shame his accusers with an "absurd and patently false" claim. Ms Breest's lawyers called it "a shameful and unsupported conspiracy theory".

In June, Mr Haggis was arrested in southern Italy on suspicion of aggravated sexual assault in a different case. Denying any wrongdoing, he spent 16 days under house arrest before the case was dismissed.

The prosecutors argued that giving Nicki Minaj's husband house confinement was not harsh enough and in line with their idea of crime and punishment.
Entertainment
5 months ago