Many who reacted to the video have praised Vanny Boy’s acting skills. 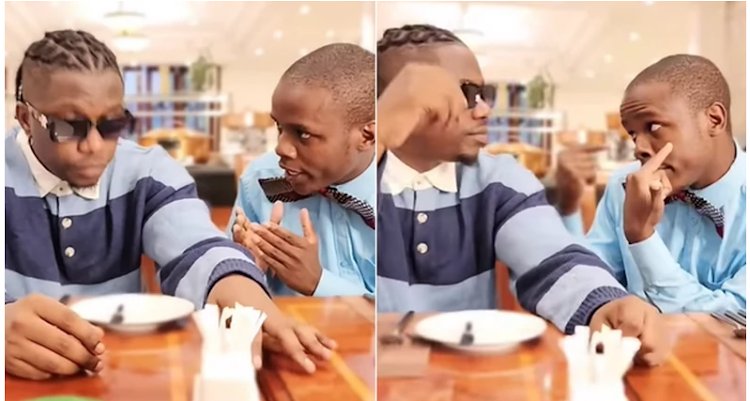 Kenyan comedian and content creator Crazy Kennar have excited a section of Kenyans after teaming up with Tanzanian singer Rayvanny for a new comedy skit.

Vanny Boy is Kenyan for a series of shows and he linked up with Kennar for the skit, leaving Kenyans in stitches.

Many who reacted to the video have praised Vanny Boy’s acting skills.

In the video, the Next Level Music President outshines Crazy Kennar with his singing and dancing skills while the comedian is on a date with his girlfriend.

Initially, the two had agreed to have Rayvanny act cool and innocent but upon the arrival of Kennar’s lover, he (Vanny Boy) unleashes his true character outshining his friend.

He goes ahead to steal the girlfriend from Kennar who eventually leaves the venue unhappy.

The skit has so far attracted over 1.8K comments, 48K likes, and over 240K views and counting