Diana shared a photo of an expensive gift she got from her hubby saying that Bahati had promised to gift her five gifts for taking care of his five children. 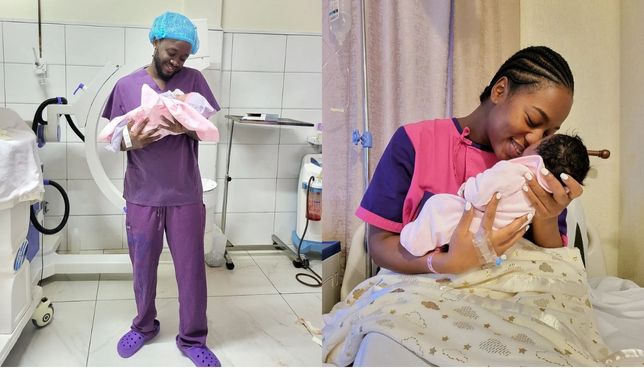 Bahati's wife Diana Marua has promised to carry another pregnancy for her husband days after welcoming her third child.

In a post on her Instagram, Diana praised her hubby for being a kind lover who always takes good care of her.

Diana shared a photo of an expensive gift she got from her hubby saying that Bahati had promised to gift her five gifts for taking care of his five children.

In the post, she added that she would also reward him with more children.

"Issa delivery gift number one from the husband of the year Bahati. Hubby Surprised me with the latest phone, A GALAXY Z FOLD4 on my Birthday, huyu LAZIMA nitamzalia TENA NA TENA," she wrote.

A few months ago, Diana asked her husband to undergo a vasectomy so she doesn't get pregnant again.

Diana said her third pregnancy was unplanned and that she went into an emotional and mental breakdown when she found out she was pregnant.

She was speaking to Mungai Eve on her YouTube channel.

"Bahati should get a vasectomy. That is the only sacrifice he can do for me. I have sacrificed so much for him including carrying three babies for him."

Diana said she was not ready for another as she did not want to go through some weird experiences from her previous pregnancies.

"I went into a mental breakdown. I was so sick and having all sorts of emotions running and remembering what I went through in my previous pregnancies, I was scared but I think time heals," she said.

I was afraid my face would break out. My other pregnancies were my worst and I knew I was going back to that."

Diana has three children with the singer.