Actress Wilbroda explains why she ended her marriage

the former Papa Shirandula actress says she is at a point where she cannot force issues. 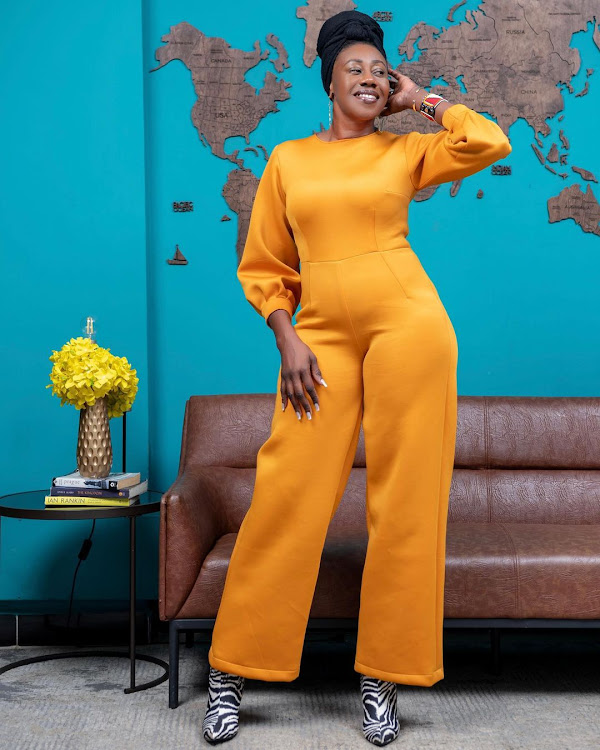 Actress Wilbroda on why her marriage ended
Image: INSTAGRAM

Media Personality and actress Jacque Nyaminde aka Wilbroda says co-parenting is not easy.

Speaking during an interview with Buzz Central, the former Papa Shirandula actress says she is at a point where she cannot force issues.

"Siwezi sema sisi ni mabeste, saa zingine kwanza you throw everything, and you say, 'you know what, sitawahi kukupigia, I'm going to do this alone, catch me if you can but me naenda'."

Nyaminde says at some point one can decide to do parenting alone especially if your partner is not into it.

"Mimi ni mtu napenda sana furaha na amani yangu. That always comes first because I know this is the only life there is to live.

Nobody has been to heaven and come back and told us huko ni kupoa. You make your heaven and hell right here.

Speaking during a previous interview on Chat spot, the mother of one shared that her son and the dad have a good relationship.

"My son and his dad are in each other's lives. Whether ananisaidia or not the child is his, give him a chance to see the child. There are also deadbeat mums. So do not deny a child the chance to know the other parent. It's wrong."

She revealed that she also contributed to their breakup by always having relatives around.

My sisters were always at my house, I didn't see a big deal with it until later on after we broke up, he mentioned it to his friend," she said.

"I didn't see that. Looking at it now I am like, I contributed to their coming. I went overboard. I enjoyed their company but it cost me."

The mother of one said she no longer entertains visitors unless she invites them.

"I no longer entertain visitors even my relatives. People need their personal space. It's one of the things. You have to be mentally prepared to have friends over."

In a video posted by Njoro, the actor is seen enjoying an intimate moment with Wilbroda and Awinja as they serenade the late Papa Shirandula with ...
Entertainment
1 year ago

Actress Lupita Nyong'o has the internet going crazy after she shared a glimpse of the behind-the-scenes training that she underwent for her role as ...
Trending
1 week ago