Milimani chief magistrate Wendy Micheni on Monday found that Mugo, 47, who was charged with 12 counts was guilty of 10 counts. 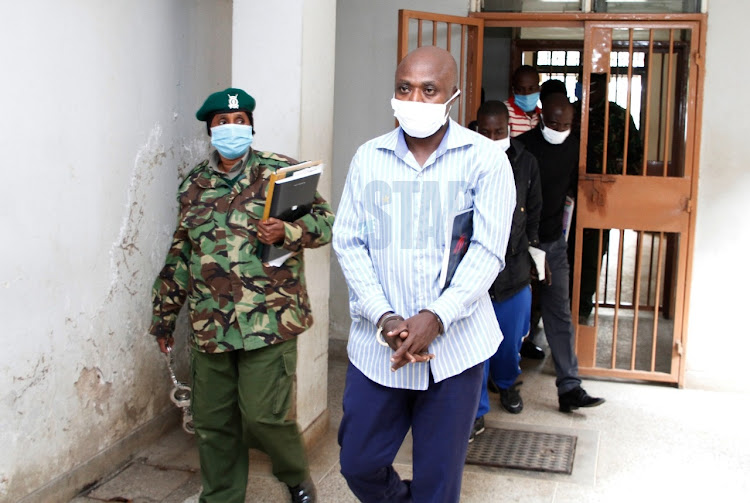 He was convicted of unlawfully administering drugs to patients at his clinic in 2015 and raping them.

Milimani chief magistrate Wendy Micheni on Monday found that Mugo, 47, who was charged with 12 counts was guilty of 10 counts.

Magistrate Wendy considered all the mitigation and the seriousness of the offences while sentencing the accused.

She noted that Mugo was a danger to society, especially women and needed to be kept away.

"I have considered the accused persons need to be back to the society but he endangered the female patients and would administer to them drugs and rape them. He made himself a gynaecologist", the magistrate ruled.

In his mitigation, Mugo said he was remorseful as he started his career to serve the community and the country but he regrets it since he is behind bars.

"I regret that what I started as a noble ambition took me to where I am. I pray for a lenient sentence that will allow me to join my family and continue serving my community as a citizen," he told the court.