Kaka said that Femi's success story is a miracle. 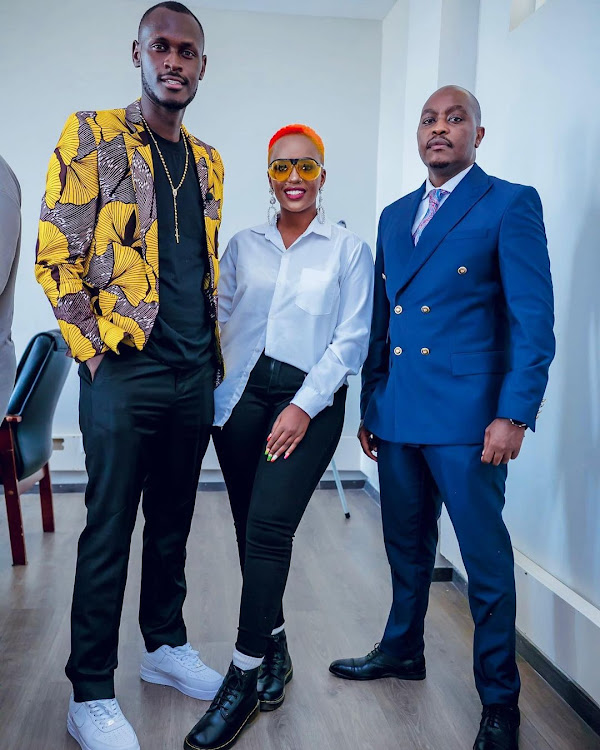 Kaka Empire CEO King Kaka has congratulated Femi One after winning the award for Best Female rapper at AFRIMMA Awards.

Kaka said that Femi's success story is a miracle.

He went on to thank all people who voted for Femi promising to push her brand even higher.

"I’ve seen you grow, I’ve seen you build, Now the world is ready for you. Ladies & Gentlemen I present to you The Best Female Rapper in Africa @femi_one your story is a miracle, God Loves you. The Kaka Empire Team Big Up and everyone who made this possible," he wrote.

After the win, Femi shared an encouraging message to other female rappers.

"WE WON!!! Best Female Rapper In Africa. The first East African Female rapper to take it home, it’s such a big pat on the back for my team and I for all the work we’ve put in throughout the years.
"Truly consistency, teamwork, patience pays !! This should be an encouragement for all the up-and-coming Female rappers! There is a spot for you in this industry, keep building, keep doing it, they are watching. Thank you all so much for the continued support."

Earlier on in an interview with SPM buzz, Femi said her brand is pure handwork and no clout chasing.

"We do not depend on clout, we work so hard and that is why we keep getting gigs and being relevant."