All units at the DCI headquarters and major divisions were affected by the changes touching 66 officers and aimed at checking the rising rate of crime in the country. 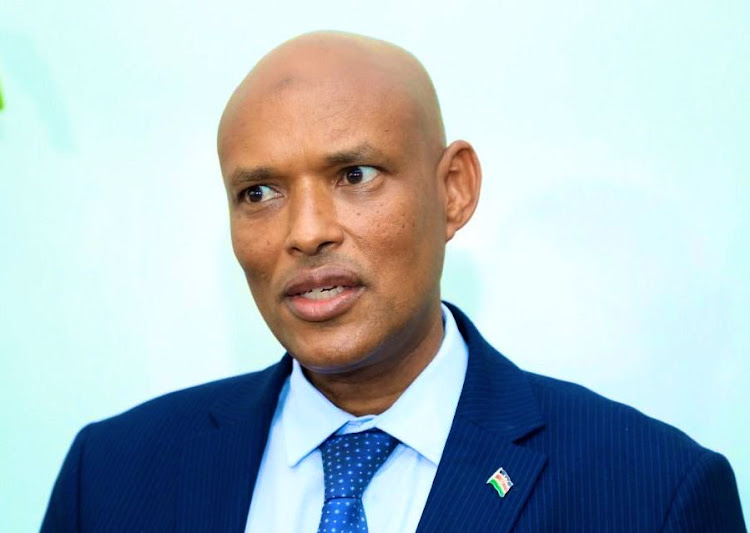 Mohamed Amin, director of criminal investigations, reorganized top commanders of significant directorate units as he put together the group he will work with to carry out his mandate.

All units at the DCI headquarters and major divisions were affected by the changes touching 66 officers and aimed at checking the rising rate of crime in the country.

He had also disbanded the anti-counterfeit unit based at the Parklands DCI and moved all officers there.

In the changes, Amin moved the head of Land Fraud Unit George Mutonya to the Trans National Organised Crime Unit, Gigiri’s DCIO Peter Kiboro to Nyamira County on promotion as the County Criminal Investigations Officer and Langata’s Samuel Kobina to Nyanza as the county boss.

Mohamed Riziki was posted to West Pokot as the CCIO, Michael Sang moved back to DCI headquarters as the head of the Serious Crimes Unit while former Kilimani DCIO Fatuma Hadi was named the deputy head of personnel at the DCI.

The move was seen as part of efforts to have a new team to work with Amin.

The anti-counterfeit team was tasked with dealing with contraband goods that are said to have found their way into the market.

Amin transferred all senior commanders of this unit only leaving the junior officers.

Five senior officers of the rank of Chief Inspector and Inspector of Police and who commanded the team were transferred.

The unit boss Chief Inspector Nathan Njoroge was moved to Takaba DCI office in Mandera. Jacob Kathurima also from the same unit has been moved to DCI Turkana South.

The changes affected 37 officers in the ranks of Inspector and Chief Inspector of Police.

The anti-counterfeit team was the last unit crafted by former DCI boss George Kinoti that had been left untouched.

On October 16, then-acting Inspector General of Police Noor Gabow announced that he had disbanded the DCI Special Service Unit (SSU).

What to avoid doing with new DCI boss's phone number

Amin will take over from former DCI boss George Kinoti who resigned in September. He was transferred to Public Service Commission.
Trending
1 month ago

Amin Mohamed Ibrahim has been appointed as the new Director of Criminal Investigations (DCI) by President William Ruto.
Trending
1 month ago