Yep, curious Kenyans online have noticed that she has a fuller look, ahem..., especially on her backside. 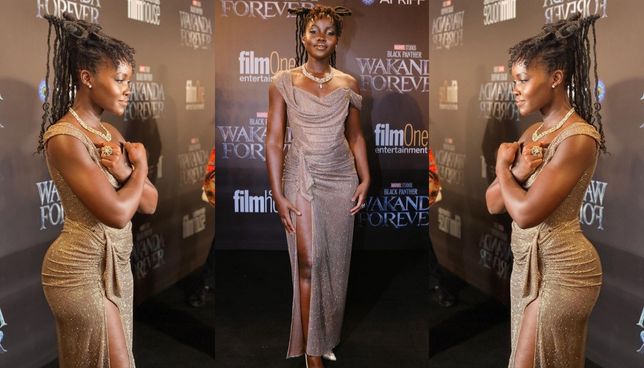 Lupita Ngong'o's photos that have raised eyebrows among her fans
Image: INSTAGRAM

Lupita Nyong'o is trending online and the reason for that will make you smile.

Yep, curious Kenyans online have noticed that she has a fuller look, ahem..., especially on her backside.

One Twitter user called Kijana ya JKUAT posted a snap of the glowing and beautiful actress at one of her recent red carpet appearances for the Black Panther Wakanda premiere.

In the photo, one can see her stunning figure-eight silhouette as the Kisumu governor's daughter poses.

Kijana then went on to ponder when the Oscar-winning thespian had gotten such a behind, writing,

"When did Lupita grow Nyash..anyway she a Luo from Seme."

Other commenters were also impressed and said as much in response to the trending photo. Check out some of those replies below;

JaLwala@JaLwala39 People talking about Lupita Nyong'o's Nyash as if they don't know all was a hidden apparatus embracing dynamics.

Le@Le57312438· Lupita is of Kenyan ancestry, but was born in Mexico to two Kenyan parents. The Most High blessed her with that Badonka Donk, not a surgeon!!! If some lucky man was hitting it up good and regularly, it would also make it grow, but the potential for perfection was from above. 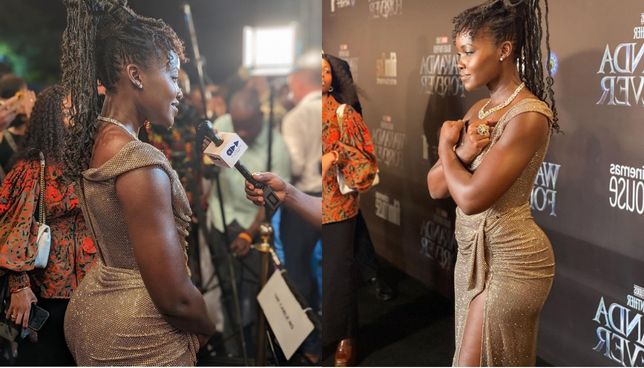 While some might ascribe cosmetic surgery to her curvier backside, those who have been following the dark-skinned beauty will know that it is possible.

In the past few weeks, she has been showcasing the challenging training she underwent to prepare for the Wakanda role.

It is very possible, that from her training she could have built her glutes making them rounder and firmer.

But who knows? Only she does.

Actress Lupita Nyong'o has the internet going crazy after she shared a glimpse of the behind-the-scenes training that she underwent for her role as ...
Trending
1 week ago

We are living in a generation where social media has taken over our lives and nowadays having a huge following on social media is a big deal.
Entertainment
2 weeks ago

Lupita Nyong'o excites Kenyans with her daring skills in Zanzibar

Award-winning Kenyan Hollywood actress Lupita Nyong;o has excited netizens after jumping into the sea with fans while vacationing in Zanzibar.
Trending
2 months ago