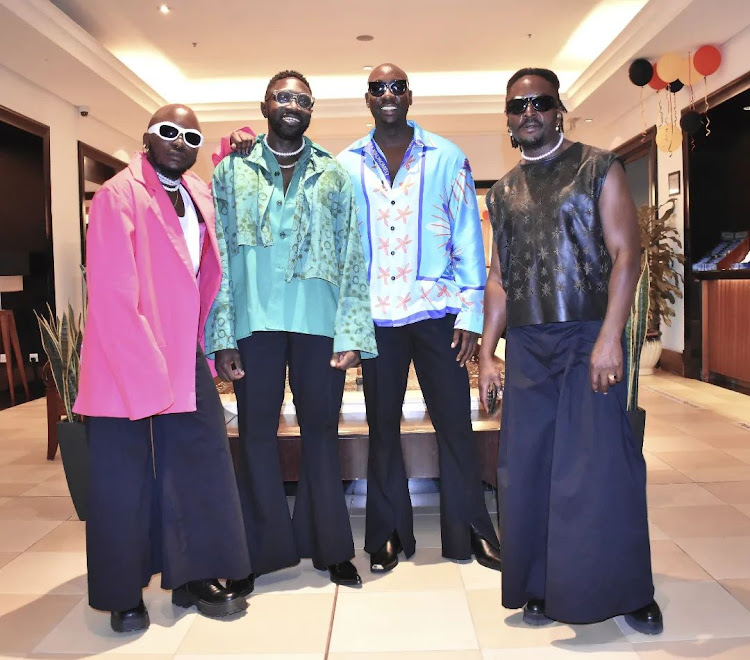 The new tune comes ahead of Nairobi’s most highly anticipated event of the year – Sol Fest 2022.

The new track will be available to download or stream on various streaming platforms.

Following the tremendous success of their 4th studio album ‘Midnight Train’ in 2020, the super-group embarked on their “Alone Together” project, working on individual projects and spending some time building one of the fastest-growing creative agencies in East Africa – Sol Generation Records.

“Lil Mama” is coming from the perspective of a man who was hoping to settle down with his long-distance and long-term love.

Like their smash-hit “Suzanna”, this man can’t live any longer seeing her moving on with another.

It’s clear they have reached a point where he needs to know if she’s still on this journey with him or not, so they can both move on with their lives, as it seems his patience for her is running out.

“Vitu huisha” - “We’ve all been in a relationship where one person is more invested than the other, and it’s always a hard place to be,” says Chimano.

“It’s our goal to make music that resonates with our fans, but also can help them cope with struggles of life,” added Chimano.

Their new sonic identity is aptly named “Future Rhumba,” and it is a unique take on past Rhumba/Benga influences fused with Pop, Afrobeat, and Rock admirations.

Not moving away from their signature style of fusing English and Swahili into this track, making it palatable for both their regional and rapidly growing international fan base.

A soulful, sweet, and melodious track, that will not only resonate with their core fanbase but will have the masses grooving all December long.

“My inbox is always full of people making demands for new music, and we felt it was time to give the fans what they want,” says Bien.

He also added that they wanted to make something that would be relatable to people from all backgrounds, social circles, and the different spheres of life that they may be consuming this music from.

“Lil Mama” by Sauti Sol will be available on digital retailers this summer including, Spotify, Apple Music, and Deezer.