A 'Familiar Christmas' follows the Moran family as they reunite to spend a Christmas holiday together for the first time in three years. 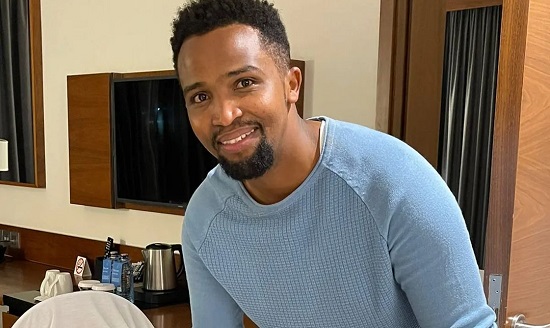 Award-winning Kenyan actor Pascal Tokodi is back on our screen with a Christmas film.

A 'Familiar Christmas', by Showmax is Kenya’s first-ever Christmas feature.

A 'Familiar Christmas' follows the Moran family as they reunite to spend a Christmas holiday together for the first time in three years.

Their plans for a loving holiday are disrupted when secrets and a meddling mother wreak havoc in the household.

Pascal Tokodi, plays Melita, the Casanova of the family who falls in love rather too quickly.

He’s also a bit of a rebel who doesn’t mind causing a little tension at a family gathering.

Written by Natasha Likimani (Sincerely Daisy, Disconnect), A Familiar Christmas is directed and produced by award-winning filmmaker Reuben Odanga (Selina), making this his second feature film after the history-making Nafsi, which became the first Kenyan film to achieve an 8-week consecutive theatrical run.

“I love Christmas because it’s usually a time to step back and let go of the pressure of the year. In Kenya, Christmas means going home for the majority of us, where we get to interact with our extended family,” says Odanga.

"To be the first to direct Kenya’s first Christmas feature film means documenting our present culture to offer something that is relatable to the Kenyan audience. It’s daring and exciting at the same time," Odanga adds.

"I have always felt that our content sometimes doesn’t take significant calendar events like Christmas into account. A Familiar Christmas captures the mood of the season from our perspective; it’s a step to bring our content and culture home."

Keith Chuaga (Igiza, Famous) plays Allan, Noni’s husband, who’s loved by the family but not so much by Noni because of his past mistakes.

Zora actress Alice Mbeyu plays the family matriarch Tabitha, a woman with a know-it-all and mother-knows-best attitude that sometimes rubs her two children Melita and Noni the wrong way.

Dennis Musyoka (Maria, Crime and Justice) plays the Moran family patriarch Frank, who’s sometimes rather passive to squabbling and tension, and watches from the sidelines as his wife Tabitha interferes with their children’s lives.

Adorable photos of Pascal & Ekirapa's daughter who is aleady a Fashionista

Pascal's wife, Grace Ekirapa shared the video of their daughter taking swimming lessons on her Instagram page
Trending
3 months ago