Women have been hitting on my bae... including my friends - Dorea 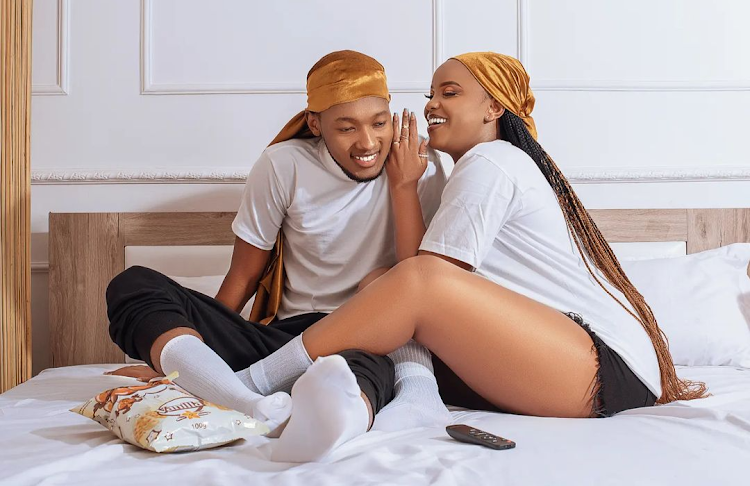 Maria actress Dorea Chege aka Maggie has exposed women hitting on her boyfriend DJ Dibul in his DM.

She says some of these women are her friends. Speaking during an interview with Mungai Eve, she narrated

"Women have been hitting on my bae... including my friends.

Sometimes I see their DM's and am like 'I wish I kept my relationship private'.

Asked why she changed the name of her You Tube channel to a 'family' name she said.

"Have you ever been with someone who made you feel he is the one?

I feel at home. If he breaks up with me I will become a pastor."

How did she know he is the one?

"The gut feeling can never lie.I prayed about it. I involved my pastor and I feel this is it."

Early this year DJ Dibul gifted Dorea a car and critics were quick to alleged the actress had bought the car herself.

Dorea now says the guy from the show room where they bought the car was responsible for spreading the rumours.

"He gifted me a car but people were saying that I bought the car myself. The person in the show room was the one who spread the fake news.

He said he wanted to chase clout.

I have had a car before but he bought me another. This guy is loaded but he keeps his life on the low. He is capable of doing anything for me."

Award-winning actress Maria from Citizen TV's Telenovela has joined the cast of the newest show in town - Sultana.
Entertainment
2 months ago

Award-winning actress Yasmin Said Esir popularly known as Maria has made a comeback into the acting scene as she joins Citizen TV’s Sultana.
Entertainment
2 months ago