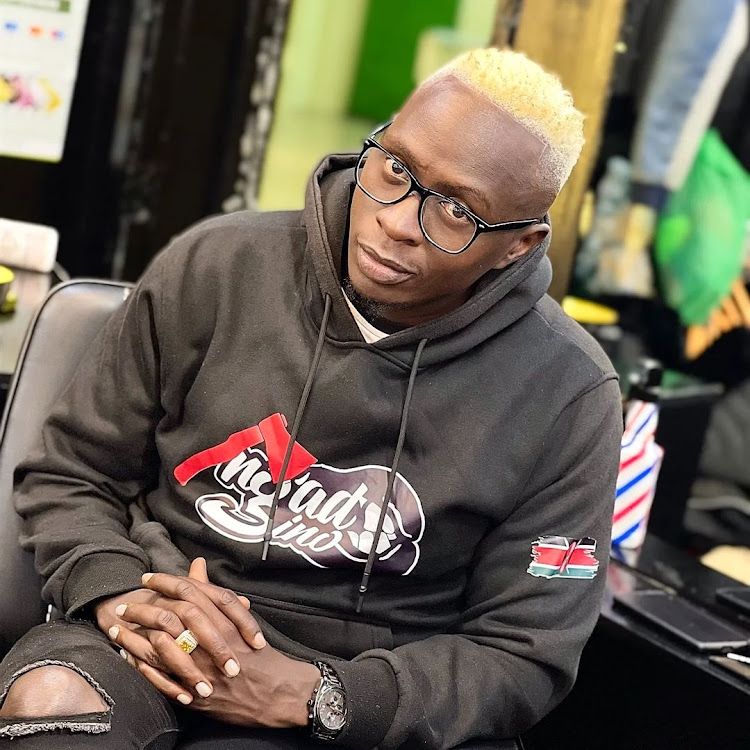 Kiss FM morning show presenter Oga Obinna is facing lots of criticism online after he decided to air out his linen in public.

Obinna decided to take to Instagram to share his woes after his househelp failed to show up from her holiday on the agreed date and sent him a message a day after citing that she doesn't think she'd be commuting to Nairobi any time soon.

Clearly frustrated in a house full of small kids and with dirty laundry piling, meals needing to be prepped and the house clean Obinna thought taking to social media streets was the wisest decision.

He posted a screenshot angrily warning the help that he'd deduct her pay for all the days not worked from when he gave her leave or better yet find a replacement for her if she didn't show up before the end of 7th January!

Part of his message read:

"I've been good to you but naona tunazoeana... If you don't come today I will deduct money from 21st December (the day you left) till the day you come back because that's the total number of days not worked.

Plus the bonus I gave you for Christmas.

Hope and trust that the day you decide to get affordable fare, I will not have gotten a replacement house help."

However, dozens of netizens seemed to disapprove of his methods as they called him out for sharing personal conversations online, subjecting her to bullying and generally using the whole ordeal to chase clout.

Below are some comments from Kenyans:

sevage_kay: This is a personal issue not public...

roll_in_style_kenya: Unakuanga na utoto sana , plus the way you talk to her in your vlogs sioni aki rudi. You don't have to display everything on social media

benali_ke:Working for a celebrity in Kenya ni Noma

s.anco_fideoNOBODY, ABSOLUTELY NOBODY: Kenyan celebrities mind: I'll do anything for clout😂😂meeehn is this something to post on social media, really now, 🤔

leahwhitney248: just deal with her at personal level ,ata anaweza kataa kurudi job juu umemuanika social media ....you should put her in public if she stole something from your house,but not this yawa

Yesterday he'd posted screenshots of their conversation where the said house help blamed the rise in bus fare as the reason why she had not yet made the trip back to Nairobi.

She claimed that she'd have to wait a few more days to see if things will have gone back to normal for her to travel.

Obinna ranting out his frustrations wrote:

)On 22nd I paid her full Dec salary and even added about 3k extra (for her kids Xmas coz why not💁‍♂️ )Today 6th Jan 2023 I just received this Text.

Businessman and rapper Billnass has gifted his house manager a brand new iPhone Pro max that was released to the market last week.
Trending
4 months ago