Frida Kajala surprises her daughter with a brand new car 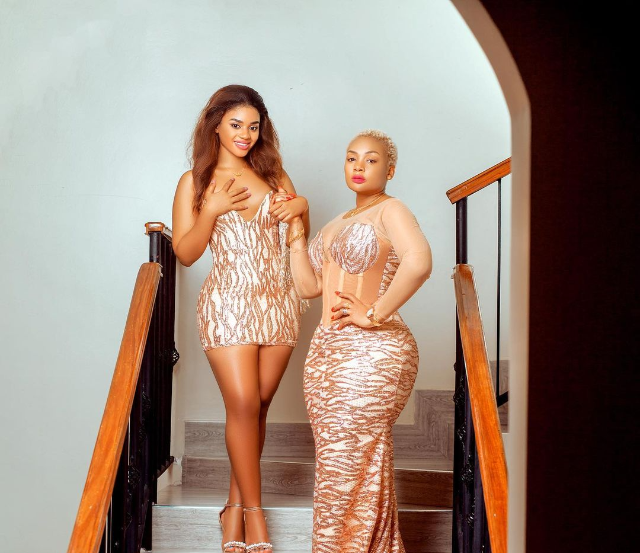 In a video that Paula shared, she highlights how her mother organized the beautiful surprise, and blindfolded her as she drove her to a decorated venue where her surprise was awaiting her.

On arrival, Paula was more than overjoyed to see the sleek white car which was covered in ribbons and balloons after her mom pulled down a white cloth covering the car.

Paula broke into tears as she thanked her mother for the precious gift.

Taking to her Instagram to gush over the new year's gift and her mom, Paula Kajala said she expected gifts but not exquisite as what her mother got her.

“I knew 2023 would be beautiful but I didn’t know it could be this beautiful.

Paula excitedly hugged her mom and then rushed to enter her new car with tears of excitement going down her face.

Friends who had been invited couldn't stop cheering as they recorded the emotional yet joyful moment. Frida let out a few tears as her daughter gushed over how much she loved her.

What a beautiful way to start their new year as 2022 dealt both mother and daughter some terrible cards.

The past year saw their love lives end up unsuccessful after they both parted ways with their ex-lovers.

Paula Kajala parted ways with her ex-boyfriend singer Rayvanny on September 2022. While her mother Frida Kajala dumped her fiancé Harmonize over allegations of cheating and physical abuse which are yet to be confirmed.

The gift comes a month after it was reported that Frida and Harmonize were beefing over ownership of one of their vehicles after the split.

According to a Tanzanian blogger identified as Juma Lokole, the mother of one has declined to return the Range Rover (that Harmonize bought when he was begging her to take him back) to the "Amelowa" hitmaker since when Harmonize bought it, he registered it in her name.

The other Range was allegedly auctioned as the singer had not finished paying for it.

Bongo movie actress Frida Kajala has raised eyebrows after putting up a cryptic message that seems to signal her break up with fiancé Harmonize.
Entertainment
2 months ago

The twins were celebrating their 16th birthday
Entertainment
1 month ago