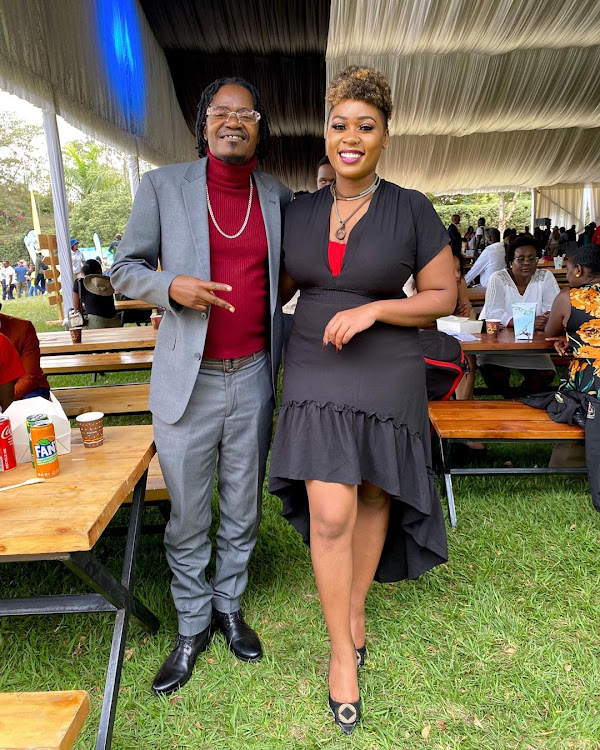 Lilly Asigo, the wife of veteran gang musician, Jua Cali has hinted that she may have a fourth child with the artist soon.

The mother of three until now uploaded a photo of her three children and recalled how her parenting journey has been since she carried her first pregnancy until now where she has raised them and they are all grown up.

In the picture, Asigo wrote a long message telling how each child gave her a different kind of teaching while also hinting that another child who will be the fourth will come in their own unique way like the previous three came.

She continued by saying that the first child found her when she didn't know anything about parenting while she used that experience to correct a lot in the second and third child.

She said that seeing her children become adults gives her comfort that she tried as a human being to be able to make mistakes and correct herself.

"I have not been the same parent to my three children. With my first born, I knew nothing about motherhood. With the second one, I adjusted in a lot; and the third, I treated like an egg and ignored some things. Right now they all have a mother who knows what she wants, is very confident, allows herself to make mistakes and not be the best mother. The next child I raise will also be different. I can't wait to have an adult conversation with all of them,” Asigo said.

Last week, just like Lilly, Kabi Wa Jesus also hinted that this year he might add a third child to his family, just one year after being blessed with a second child - a daughter whose arrival was announced in April last year.

While some celebrities use their real name on social media, some prefer to have an aka
Entertainment
1 month ago

The world is yours! Jua Cali over the moon as daughter turns 4

The 'Kiasi' hit maker took to his socials December 14, to celebrate his daughter's milestone, posting a photo of baby Abby all smiles as she held her ...
Entertainment
1 year ago