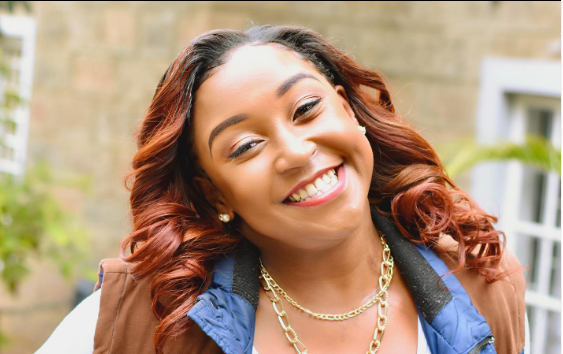 Media personality Betty Kyallo has downplayed rumours of her alleged leaked video after becoming a topic of discussion on Twitter.

For the better part of Monday night and Tuesday morning, Betty was a trending topic on Twitter over allegations that her steamy video had leaked.

However, a cross done by this writer, indicates that it was all hot air as there was no such video that was doing rounds on social media.

The only video that had gone viral on the platform (Twitter) is that of Betty Kyallo kissing an unidentified man and it remains undated.

Upon getting a wind that her name was trending, the former news anchor reacted indirectly to the allegations.

“Can't pay me enough to react😅😅😅👋🏾👋🏾👋🏾,” Betty Kyallo captioned her video while jamming to DJ Khaled’s collaboration with Jay-Z and Nas – Sorry not Sorry.

In a separate post, Betty shared video with a message that says'

"I am not dealing with nobody or nothing that will cost me my peace. My peace in the number 1 priority and am gonna protect my peace at all costs."

Betty Kyallo and her achievements

Betty Kyallo is among the most successful media personalities on and even off screen.

Since hanging her boots in the media space, Betty has been on the move creating venues to make that extra coin.

So far Betty runs a number of businesses that have been making her millions – inspiring and at the same time challenging those who look up to her.

Betty Mutei Kyallo is an entrepreneur and an award-winning media personality in Kenya who has worked with, Standard Group owned station KTN and Mediamax owned TV station K24.

Media personality Betty Kyallo has broken her silence after a section of Karen and Lang’ata residents called for the closure of her new restaurant ...
Entertainment
2 months ago

Karen resident allege that Betty Kyallo did not follow the prerequisite process when seeking to develop the property as is required by law.
Trending
2 months ago