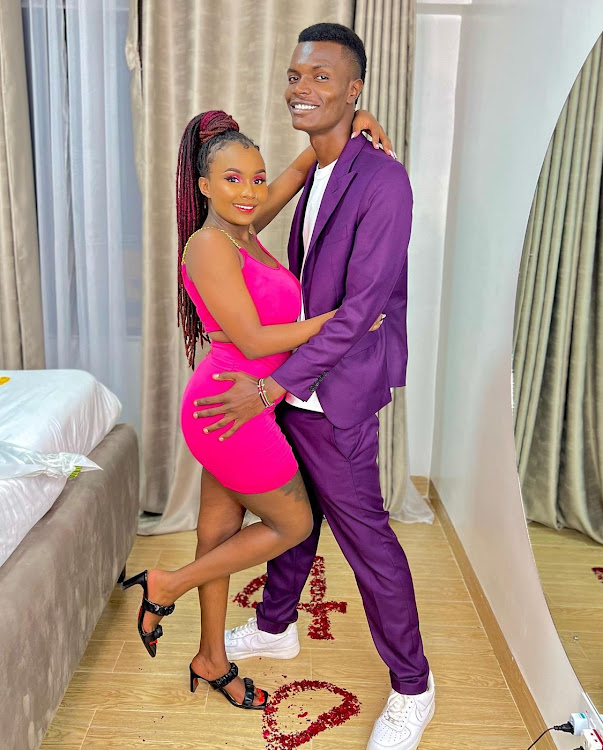 Kenyan content Creator and girlfriend to actor Tyler Mbaya, Georgina Njenga has taken to social media to reflect on how her leaked steamy video affected her.

The mother of one shared a video on her Instagram page letting her over 292 thousand followers know that she had finally found the strength and courage to move past the incident and it’s no longer something that bothers her.

“My side of the story doesn’t matter. Life happened, I got hurt and I healed. Now I’m living again,” Georgina’s post read.

Georgina had taken a social media break after someone leaked her explicit video and it ended up trending online for several days. The content creator ended up being trolled and mocked for it.

However, two weeks later Georgina has already made a comeback.

She started by sharing a portrait studio picture of herself looking stunning.

"I'm not even my best yet, just better than who I used to be...." Georgina's post read.

She then went ahead to take a jab at haters who'd tried to bring her down over s video she'd shot when she was a minor.

The new mom uploaded a picture of herself while sitting and left a triumphant message aimed at those who had tried to defeat her with the recent stunt.

She loudly declared that the only way for her to be defeated was if she was dead.

“The only way to beat me is if I die,” Georgina wrote.

Her boyfriend/ baby daddy popular Kenyan Tyler Mbaya, a week ago had announced that they'd taken legal actions and would get to the bottom of the leak.

“Plans are underway and we are going to take legal action...at the moment I can't give out a lot of details but in the near future we will and legal action will be taken," Baha said.

The actor had also faced trolling with people asking him to bolt. He, however, came to his ladies' defense making it clear that he was not ready to leave Georgina at any cost as his love for Georgina Njenga is too deep and nothing can shake it.

"She is doing okay and she is even here with me," 22-year-old Baha affirmed.

He said that what happened has not affected the way he feels toward her and he will support her to the very end.

When the videos leaked Georgina claimed that her ex-boyfriend was responsible for leaking the dirty videos.

She said that the videos were from when she was 17 years old.