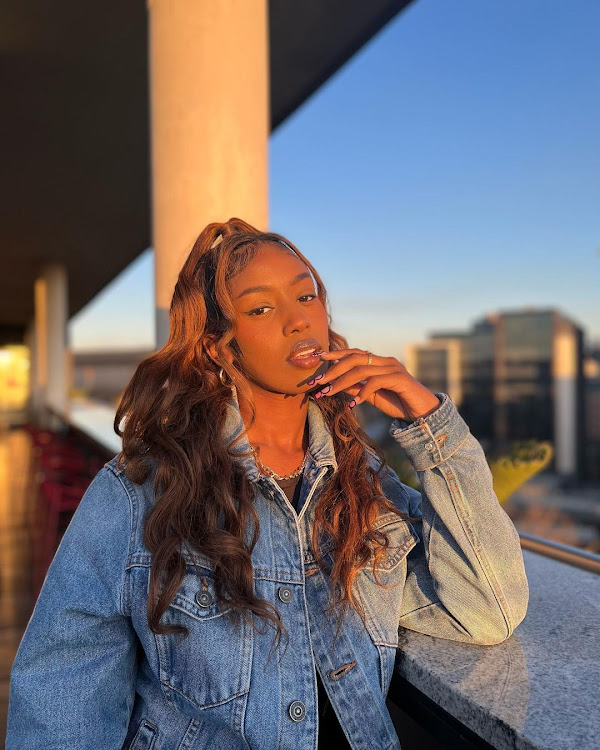 Move over world! It is Cindy Kipsang's world and we are just supporting characters in it.

I mean we all thought Amber Ray was the definition of kuoga na kurudi soko but we were mistakenly wrong, Cindy is.

The verified TikTok sensation is giving off Lori Harvey vibes, and we are here for it!

Just a month after her ex-boyfriend Sean Preezy announced that the two had called it quits Cindy just pulled up on the social media streets with a new hunk.

Cindy just uploaded a "make up tutorial" video and in it she featured the handsome and much coveted Prince Newton the two looked super cute as miss Kipsang gently applied lipstick and gloss over Newton's lips.

After the tutorial the two posed for pictures and the video panned out.

Cindy captioned the video, "tutorial for the ultimate lip combo.... princess behaviour with Prince Newton!" Accompanied with a butterfly emoji. 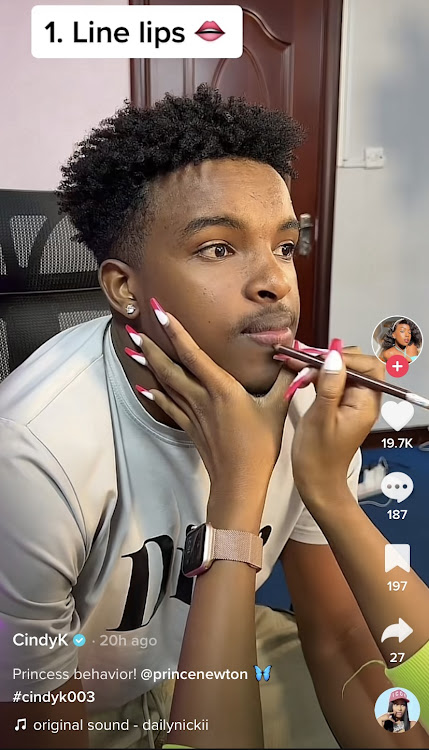 On Newton's page the content creator posted a video where, Cindy is seen sitting right next to him, he captioned the video “When you go on a first date with a girl like this”.

He also used the audio, "Easy" by DaniLeigh and Chris Brown and added a love heart emoji.

The two have also shared a couple more videos together looking super cute and being the epitome of picture-perfect. This has left Kipsang’s fans mad speculating that the two are soft-launching each other.

However, neither one of the two content creators has reacted or responded to the ongoing rumours of them dating yet.

Following this Cindy has been labeled by some of her fans as the Kenyan Lori Harvey because of her ability to replace a man quickly. 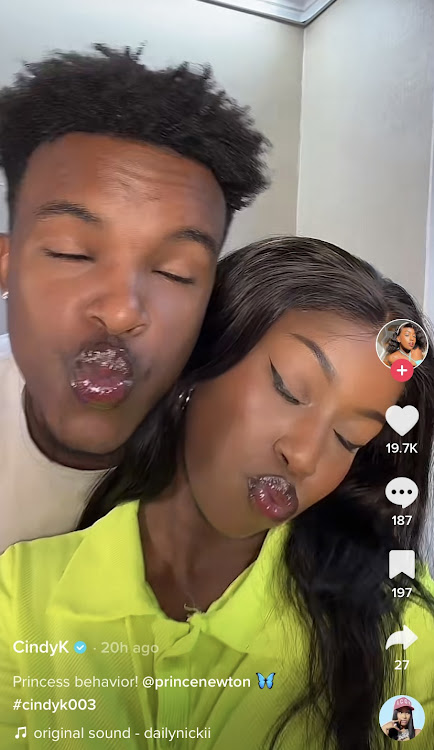 If it's not clear why we're comparing Cindy to Lori well first things first, Lori Harvey is an American model, entrepreneur, and socialite, and has had a rather controversial dating life in the public eye, having been with some of the most admired world-famous men.

The author of ‘Essence’ has been making headlines for the past few days after word that she could be in a new relationship got out.

Some of the hunks she has dated include: Dutch football player Memphis Depay whom she was actually engaged to.

RnB singer Trey Songs, shortly after her split with him, Lori was reportedly spotted ‘making out’ with F1 champion Lewis Hamilton at a party over Super Bowl weekend.

After that, she was rumoured to have dated Sean ‘Diddy’ Combs, US rapper Future, and finally, Hollywood actor Michael B Jordan.

She and Michael were going on smoothly until mid-last year when they broke up.

Currently, the model is believed to be in a new relationship with award-winning actor Damson Idris after the two shared photos on their Instagram getting cozy with each other.

Like Lori Harvey, Cindy Kipsang seems to have a knack for moving on when something no longer serves her.

Trouble in paradise? It seems TikTok couple Sean Preezy and Cindy K have broken up.
Entertainment
2 months ago

'If it no longer serves me, I leave' Lori Harvey on her dating life