Yung Miami revealed her fetish during her live podcast 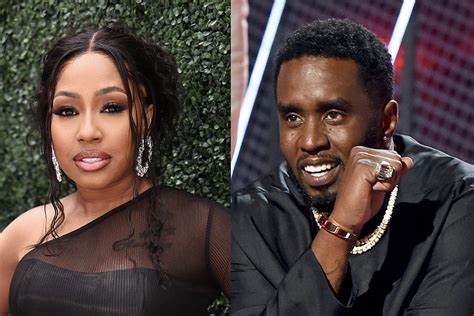 American rapper Yung Miami has the internet in a frenzy after she shared too much information on her bedroom activities on the latest episode of the podcast Caresha Please.

The 28-year-old while playing a drinking game called Resha Roulette with her guest 305 rapper Trina (who’s her godmother,) - revealed that she is a huge fan of golden showers!

Honestly, that is information you wouldn't pay me enough to reveal on air, but when it comes to Yung Miami urine luck.

In case you are not familiar with the term golden shower, this term refers to the act of having your partner urinate on you during intercourse. It is a fetish for some people and City Girls rapper Yung Miami falls under the category of people who like their partners to pee all over themselves.

Following the revelation, Trina, who's been rapping foul lyrics since Miami was a toddler, was seemingly at a loss for words.

“It says to take a shot if you like golden showers, I do,” said Miami while blushing.

“Like when a guy pees on you? Everywhere?” asked Trina.

“I just like it. I don’t know, it just does something to me, it's just fun,” responded Miami.

But I honestly get her, because what do you say after such a bombshell? Especially on air.

Once the video made it online, netizens didn't slack! The internet soaked it up, in seconds and immediately started directing jabs and so many jokes at her 53-year-old boyfriend, Sean Diddy Combs who is popularly known as P-Diddy.

I can see your mind turning and yes you are about right, the internet thought of the same thing and gave the producer/ entrepreneur the moniker "Pee Diddy" and it has been a trending topic!!!

Seeing all the Tweets trolling her Yung Miami took to Twitter to let the world know that she really doesn't care and the trolling doesn't bother her.

Below are some of the funny tweets touching on the subject.

American music mogul and entrepreneur Sean Diddy Combs popularly known as P-Diddy (his stage name) shocked the world when he revealed he had recently ...
Entertainment
1 month ago