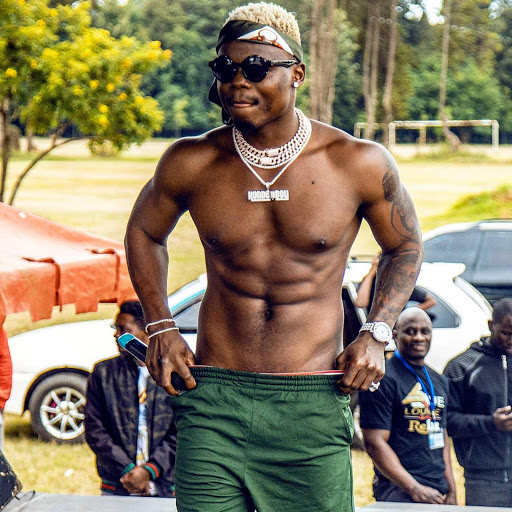 harmonize
Harmonize and Jacqueline Wolper are back together AGAIN!

Harmonize has been dating Sarah for a while after breaking up Wolper who revealed he had been cheating on her with the mzungu bae while they were together.

The two have reignited their relationship after close to two years apart, having dated for in 2016 before they broke up at the beginning of 2017.

The Wasafi artistes have been doing tours and when the team performed at Mtwara last week, there was more than a massive crowd.

Harmonize declared his reunion with ex-lover Wolper on sage saying:

The two made up on the stage in Mtwara, hugging passionately in public for close to a minute. Now we all know what that means, 'it has been a long time, and I have really missed you and I want you back'.

Luckily for the two the hug broke all their awkwardness and gave Harmonize confidence and now they are back together. This prompted his mzungu bae Sarah to respond on social media assuring all that  she is the one with Harmonize.

She posted a picture of her boo thing and captioned:

A lot of people ask me if we are still together ... this is my answer ... YES ...see you soon bab @harmonize_tz #Nangwanda

He needs to come out and tell us if he has two women or clarifies his pick.