Ken Nderitu son to late Nderitu Gachagua, first governor of Nyeri wedded the love of his life Amanya Kella at a posh-wedding.

The ceremony which was attended by politicians was an invites- family and friends event.

Talking about the experience, Ken said that they have been dating for five years after their first encounter at the coast.

"We met in coast. I was the one who approached her first. She was shy at first but we started talking n found we got along well"

So how was the proposal

"Proposal was sneaky we normally have game nights and since am planner he knew that's the only time I wouldn't suspect anything so during game night which was out of town that's when he popped the question,' said Amanya.

The two said that the challenge was that some of their family living in abroad didn't make it to the occasion.

Adding another challenge was that;

"I discovered that details matter and u can't just go with the first vendor or location you see. You have to dig a bit deeper to get the good deals. Just do it per your liking and affordability, it's much easier and fun, that way no need to stress over it. It's just a one day thing, the marriage is what matter."

The couple and guests

"Don't feel pressured to do something to big or fancy. Work with what you have, and focus more on building a friendship and relationship with your partner."

From us is congratulations to the love birds. 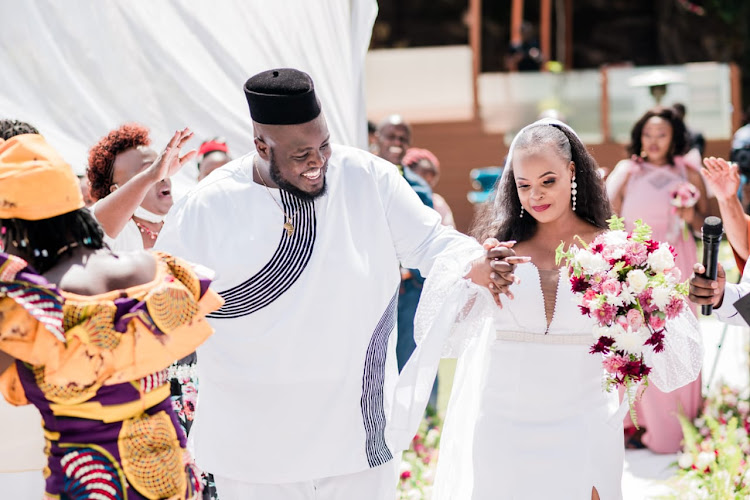 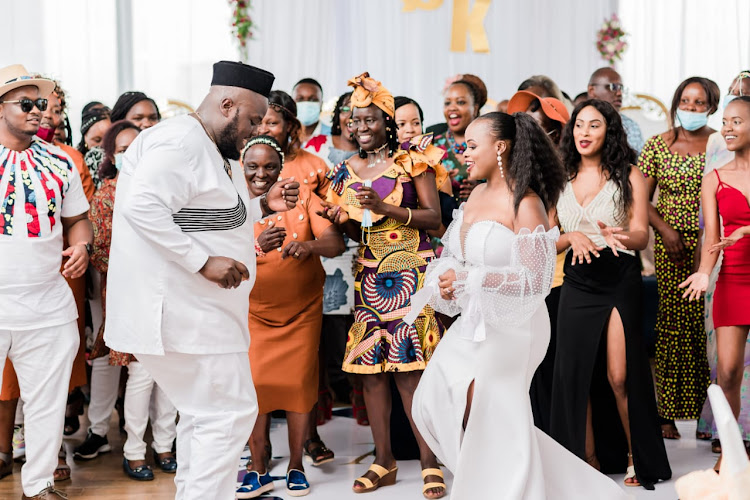 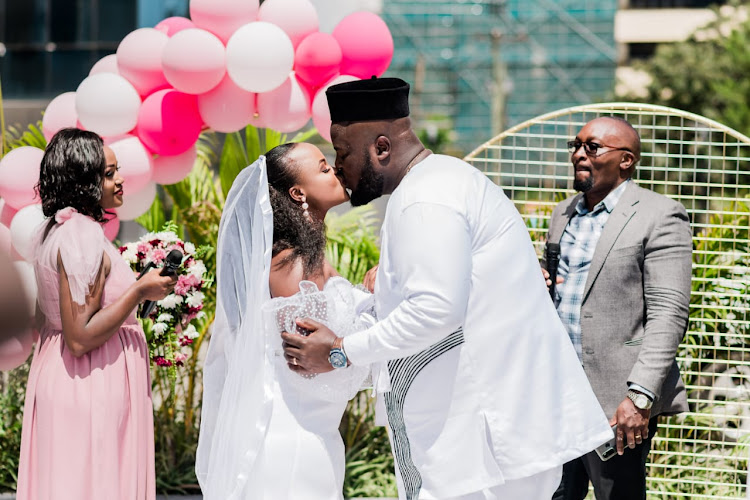 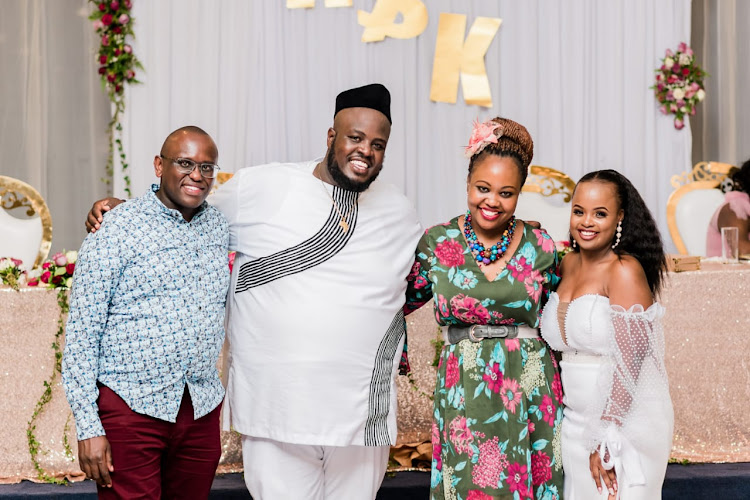 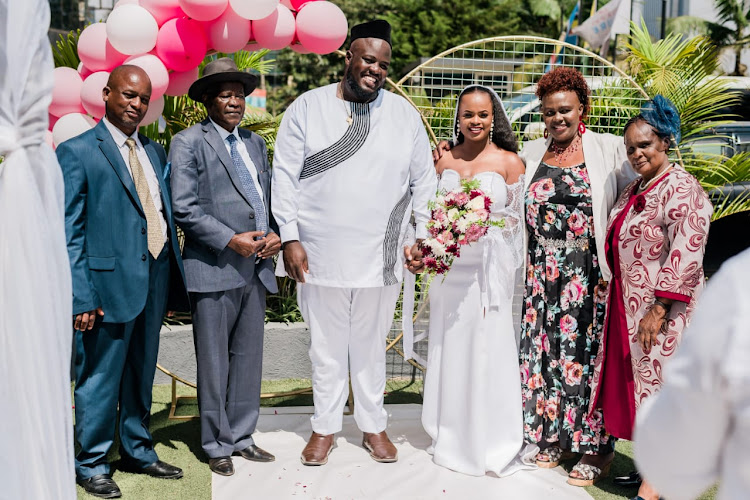 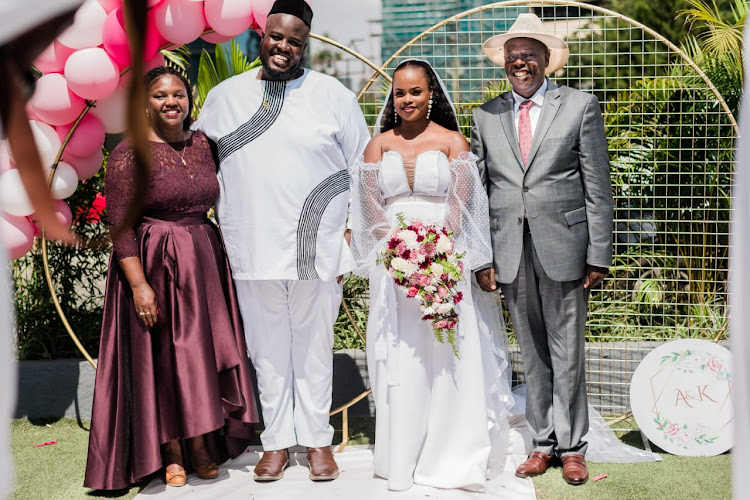