Diamond's sister, Esma celebrates with family after discharge from hospital 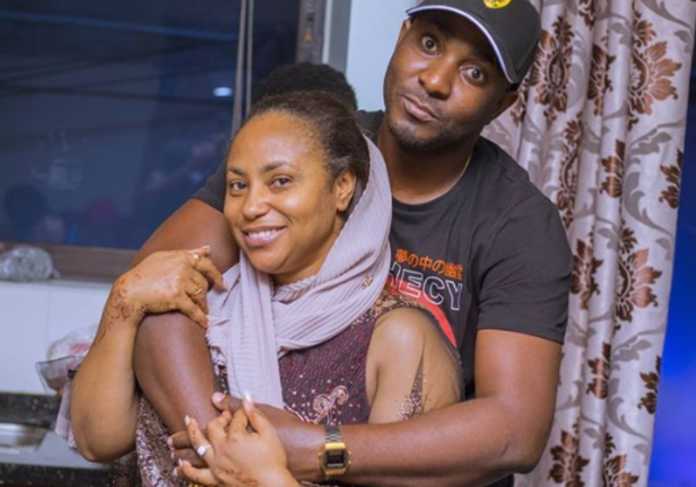 Esma and her husband

Esma Khan, Diamond Platnumz's sister is out of the hospital. Esma was hospitalised for about a week and had shared photos of her being put blood through a drip in the hospital 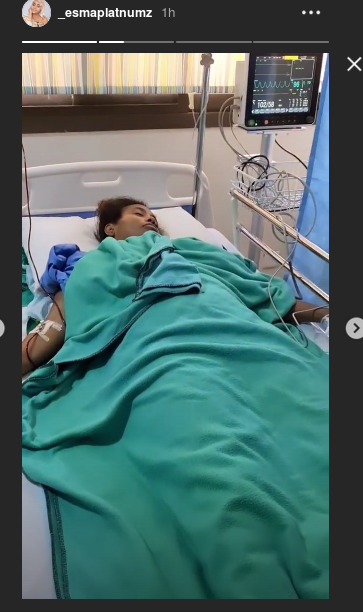 She has now come to thank her close family and friends that were there with her at her time of need. Mostly, she thanked her baby daddy who was always there for her 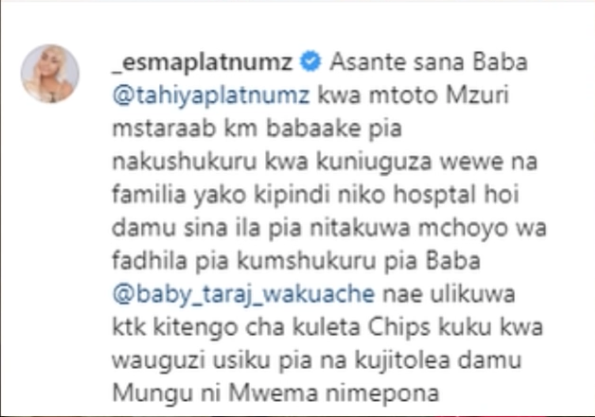 This comes just days after her husband Mziswa was slammed for partying and showing off on social media while his wife Esma was fighting for her life.

Esma had announced that she and her husband, whom they have been married for three months have separated;

‘NDIO, NIMEACHIKA, I AM SINGLE’ SHE WROTE ON INSTAGRAM

(YES, WE ARE NOT TOGETHER, I AM SINGLE.)

She blamed him for being an Instagram addict, hence why she left him;

"WHEN I STARTED DATING MSIZWA, HE WAS NOT A SOCIAL MEDIA PERSON. I THINK HE WAS JUST ACTING BECAUSE WHEN WE’D TAKE PICTURES, HE WOULD REFUSE AND STAY ASIDE. I WANTED A GENTLEMAN, WHO IS NOT INTO PHOTOS AND SOCIAL MEDIA"

"I DIDN’T WANT AN INSTAGRAM MAN, IF I WANTED THAT, I’D LOOK FOR THAT. THAT WILL DESTROY OUR MARRIAGE. SO I DECIDED TO LEAVE HIM WITH HIS INSTAGRAM. I WANTED MY MARRIAGE TO BE PRIVATE NOT OUT THERE. I WANT TO LIVE MY LIFE AND PUBLICIZE MY BUSINESS"

"I HAVE SPOKEN TO HIM MANY TIMES ABOUT THIS BUT HE DIDN’T LISTEN. THAT IS WHAT HE LOVES. I DON’T WANT HIM TO BE FIGHTING WITH PEOPLE ON SOCIAL MEDIA" 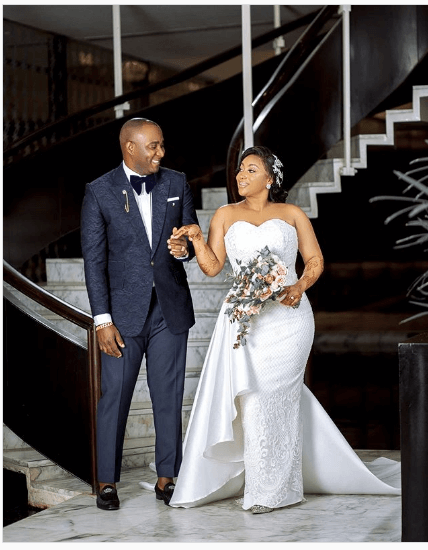 “NO, ITS NOT TRUE. I AM NOT INTO SOCIAL MEDIA. THESE THINGS SHE IS TALKING ABOUT ARE NOT TRUE. I STARTED USING INSTAGRAM A VERY LONG TIME, YOU USE IT LIKE ANY OTHER APP. PROBABLY SHE IS JUST JEALOUS,” MSIZWA TOLD WASAFI

Diamond Platnumz's girlfriends bring him chips and when I come and see them, I will send them away.
Entertainment
1 year ago