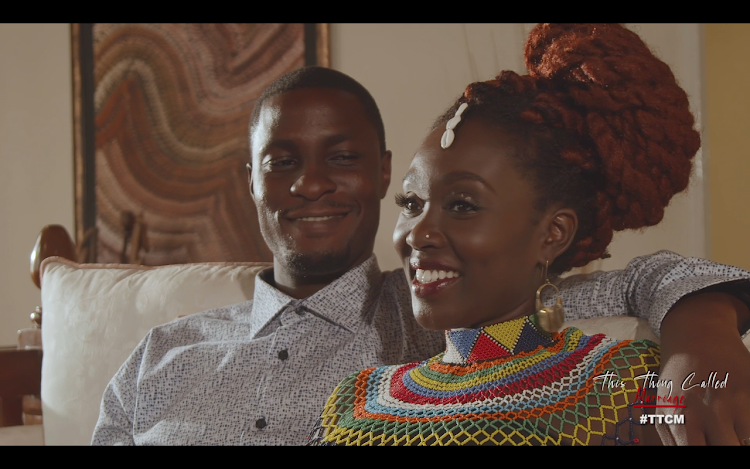 'This Thing Called Marriage' is a web series by Chichi Seii and Nick Ndeda which also stars the two talented creatives.

The series is based on "Milele" a song by actress and singer Seii.

She has previously played a supporting role in the hit Netflix series "Sense8" and also played the wife of the president in  the local series "State House" directed by Wanuri Kahiu.

In a statement, Seii revealed she came up with the web series idea during filming of her music video.

The series features media personality  Nick Ndeda who is also an acclaimed actor and has been on hit shows like "Shuga", "Jacob’s Cross" and the award winning film "18 Hours". The series explores the topic of marriage. Both Nick and Chichi have been married before so this enabled them to draw from personal experiences, as well as conversations with other married and divorced couples when developing the script.

Their aim is to spark conversations regarding how people view love, marriage, family, work balance as well as roles for men and women. The web series is available on YouTube.