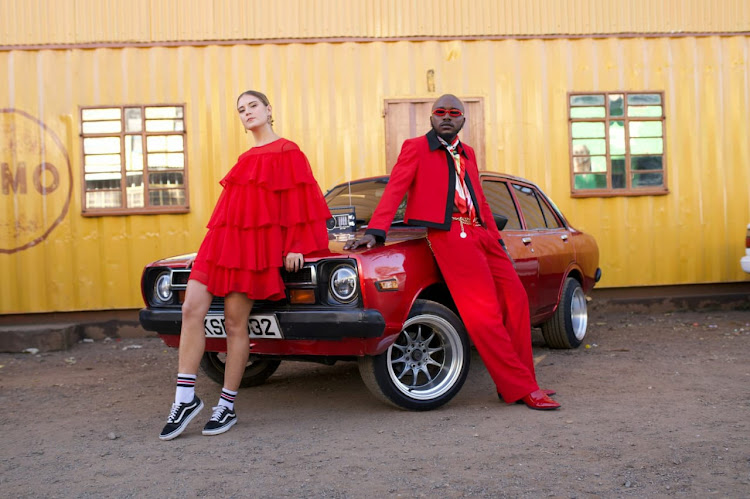 She has also given fans a glimpse into her music journey in 'A Girl From Harare' which features artists  Zimdancehall maestro, Winky D, Ammara Brown, Chimano, Charlie Kay and Levels from Mbare's popular Chillspot recording stable.

Speaking in the documentary she said;

"As a white woman coming into the industry there has been so much privilege that has come with my race and to the extent that I can watch how everything how everything I owe is to Zim music culture and to Zimdancehall and to Harare."

Months ago, she had released a collabo with Chimano dubbed 'Easy'

This is a single in Gemma’s EP 'Pamwe'

The songstress said that the collaboration was not even planned but rather a light bulb moment that hit her when she was in Kenya.

“It was all a creative blur. I was in Kenya, spending some time with Sauti Sol and the idea just arose to do a remix of Easy. I asked Chimano if he’d be keen and we recorded the next day, filmed on Friday and here we are”, she said.

According to Gemma the process of working with Chimano was seamless.

“Working with Chimano was such a vibe. He really is an amazing artist and such a warm person. He is just what the record needed. I am excited for everyone to hear the Easy Remix-Kenya edition.'

Chimano describes working with the singer as an honour

“Working with Gemma was really amazing, she’s so easy, so chilled, so precise and she knowswhat she wants. She is an amazing songwriter and I was honoured and felt amazing that she asked me to be on the remix of this song,” he said.

It is Chimano's debut solo project
Entertainment
1 month ago