Why Nyashinski got emotional over Shin City 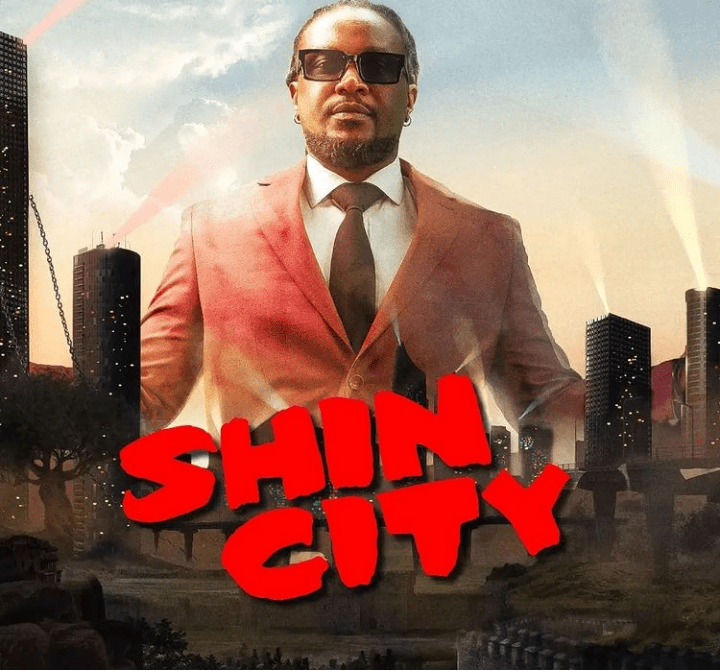 Rapper Nyashinski revealed that the 'Shin City' concert has made him emotional. Speaking during a press conference at Carnivore, the 'Aminia' hitmaker said the emotions were brought about by seeing a project he has made from scratch;

" When you see a stage like this being set up, it is mostly during sound tests when you are coming to perform. But this is something we have built ourselves. Just seeing something that we build ourselves is a different energy," he said.

"It's a win for the artiste and the music industry, this is the first time we are doing it. We might make mistake but we are willing to try."

"When we started it was a dream that was so hard to explain, but looking at it now it's happening and I can't believe it. We have done so much rehearsing."

So what inspired Shin City?

"It was inspired by three things  the first being a comic book I love, the second is the element of partying and the third thing is my name 'Shinski'."

"My plan is to make it  (Shin City) successful not only for me but for other people as well. As at right now 104 people are working on this project. It's creating a small ecosystem for people to earn a living."

The event is rapper Nyashinski’s immersive concert experience that is scheduled for this Saturday, April 16th at the Carnivore Grounds in Nairobi.

What Kenyans should expect from Shin City concert