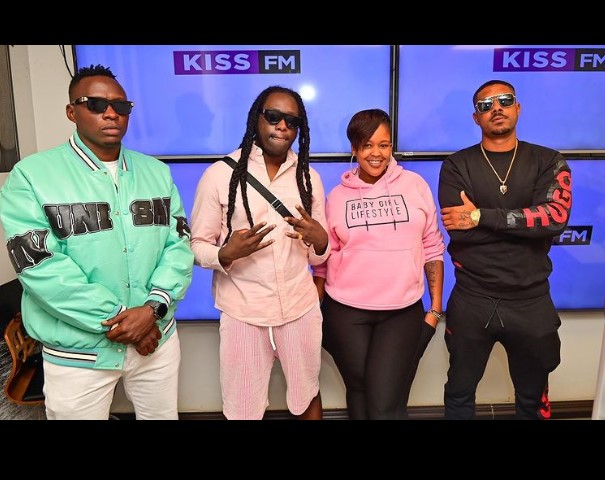 Kamene Goro and Obinna hosted British group WSTRN on The Morning Kiss. The Kiss FM presenters gave them a list of Kenyan stars they should consider linking up with while in Kenya.

The two told Haile and El Rei that stars like  Trio Mio, Otile Brown, Khaligraph Jones, Nyashinski. Nviiri , Bensoul, Mejja and Sanaipei are some of the artistes they should halla at.

Talking about their preferences in women, the duo agreed that they only like good vibes.

Asked whether he likes a lady hitting on him El rei said,

"I don't know man, it depends how you coming at me but I like to pursue the lady." 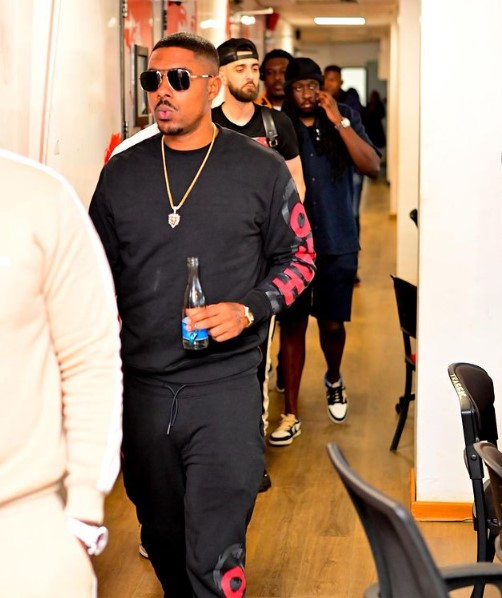 Meanwhile on Obinna's Kikao segment, he tried to help Hassan get answers to why his ex-girlfriend Stellah had terminated their pregnancy.

Stellah, a JKUAT student said  "Yes, I know Hassan, he is my ex boyfriend."

Obinna said "He told me that he loved you, he wanted to take care of the baby you aborted and stopped speaking to him."

Stellah said the reason she did it was because Hassan had no money.

"What are we going to feed the bab? He doesn't have anything that's not the life we want to live. He's jobless. Mimi staki kuteseka. He has to understand my reasons, they are valid."

She concluded by saying she wouldn't talk to Hassan and that each one should live their life.

Actor responds to wife after introducing son with another woman