Diamond is my mentor- Frankie Just Gym it 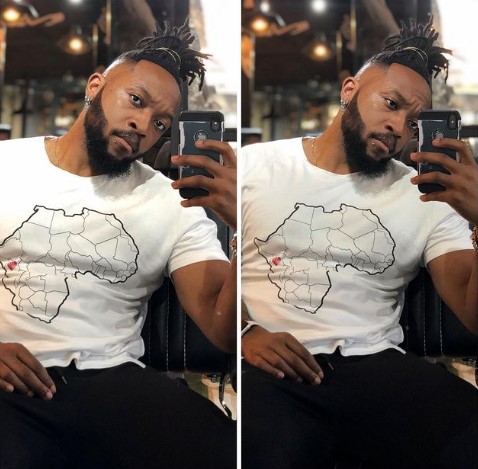 The fitness enthusiast said this while responding to a question on why he went to Diamond's WCB offices.

He told this writer that;

"I was in Tanzania and I passed by his offices but we never spoke because I just missed him. If I had come a minute earlier, I would have met him."

"He is my mentor. He is one of the best artistes, I want to pick his brain on how he does it."

Frankie is set to launch a project that will cater for his fans' needs whether its fitness or mental health.

He said this at the Kisumu edition of the Tusker Nexterfest which went down over the weekend as a myriad of artists took to the stage to thrill revelers who had thronged Black Perl Grounds in the Lakeside City.

The event featured new and established artists among them Genge star Mejja, rapper Femi One Awicko among others. Faith Cherotich a.k.a Legally Chubby, Alex Bob Ogolla a.k.a Kamwana, and rapper Timothy Shamah a.k.a TK Lyon.TK Lion were also in the house.

Femi One performed her old and new hits much to the delight of his fans. They included her singles Donjo, Skia, Mkali Wao, Mikiki, Kipetero Kiyesu, and Balance. Adding on to that, she also performed several of her collabos including Utawezana ft Mejja, and Properly ft Nyashinski. She was also joined on stage by Kisumu’s Bern Mziki to perform their hit collabo Adonai.

Then came the big moment when Mejja AKA Okwonko took to the stage, putting up an electrifying performance, as he regularly reminded the fans why he is one of the best artists in Kenyan contemporary music. The ‘Usiniharibie Mood’ hit-maker brought his A-game to the stage, leaving fans yearning for more. He performed many of his new and old hits which included the numerous collabos he has done in the past few years.

Corazon Kwamboka praises Frankie a week after break up

It seems like even after they called it quits, the two are making sure that nothing comes between their love for  their two kids, Taiyari Kiarie and ...
Entertainment
2 months ago