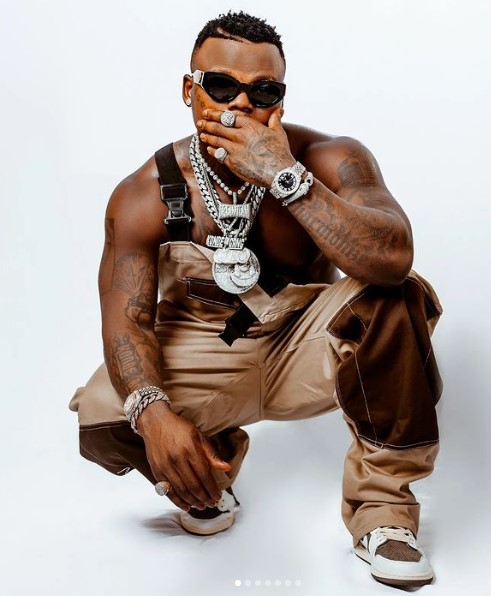 Harmonize is back to his homeland, Tanzania. The singer had a long weekend here in Kenya where he performed at KICC.

"I had missed my house so bad, now I'm back home." He posted after his arrival in Tanzania

But he also had a dramatic experience with comedian Eric Omondi who accused him of refusing to also perform at clubs he had been booked at.

Omondi also accused the singer of physically assaulting him;

"I gave him money and he refused to perform, so we told him to return the money. I told him there is no need to fight...'I have given you money and you have been arrested, I do not want to embarrass you, lets go to Mombasa and do a show because you have been paid, yesterday you refused to go to Kokoriko, yesterday you caused problems at Captains and I covered you,' While talking, he punched me."

Responding to the comedian, Harmonize said it doesn't make sense that the singer accused him of punching him at a police station;

"Can you beat someone in a police station? Does that even make sense?"

Harmonize and the comedian then shared a video while on a flight to Mombasa where they performed.

Many have described the issue as clout chasing while others have found it difficult to believe that the two pathed things after a few minutes.

There are reports that Harmonize was set to make a number of other club appearances but failed to honor the agreement and hence why he was arrested.
Entertainment
3 weeks ago