Whitney Houston and Bobby Brown filed for a divorce in 2006 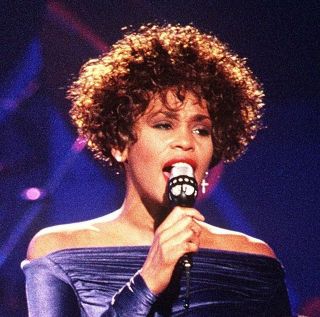 RnB star Bobby Brown says the late Whiteney Houston would still be with him if the two had stayed together.

Bobby said if Whitney was able to overcome drugs, she would be alive.

In an A&E documentary, Bobby says he speaks to his late ex wife and their daughter Bobby Kristina.

He also admitted to have visited their graves  at the fairview cemetery for the very first time.

In the doc, Bobby speaks about drugs, his chemistry with the RnB singer and how they fell off.

"I think we could have helped each other out. I think she would still be here if we hadn't divorced."

"We had made our beds and had to lie in them. We always felt that our love was strong enough to overcome any obstacle put in front of us."

'We would still be together if it wasn't for drugs. Drugs got the best of us.'

"They told me she would not live a normal life. I was prepared to care for her for the rest of my life, being a vegetable. But my daughter would not like to live like that."

'Being her father meant everything to me. To know how special she was can only be seen through love."

'My daughter is with me every day. She is one of my angels.'

At the graveside, Bobby said;

'I know you are looking down watching me, watching your siblings. I hope you are taking care of little Bobby I know you guys are frightened up there. I miss you guys so much. Y'all take care of each other okay.'

Bobby spoke about the first time he saw Whitney doing drugs before they walked down the aisle in 1992.

'I walked in and saw her doing a line of coke. It was a shocker to me seeing her sniff for the first time. It was then I realized we had more in common than I thought. I was new to it and I guess she had been doing it for a while. That became a problem for us in our marriage.'

'After I got married that is when I started using hard drugs. We were going through the stresses of stardom, fame, money, drugs and rock'n'roll."

'We started not working, getting high and it became a part of our daily routine.'

'I used to smoke preempt - crack cocaine inside weed. You roll them up. I was so high.

'I thought Whitney was trying to kill me. I ended up running through a field. I had a 57 magnum on me, cocaine, crack and weed in this.

In 2003, Bobby was taked behind bars which helped him clean.

'Before I went to jail I had started using heroin, along with crack and weed. I was only sniffing, not shooting it. I was able to kick heroin and crack in jail. I did it on my own.'

'I knew I had moved into a different realm. Whitney was still using hard drugs. That is when the problems started with me and her I wanted her to become sober like I was but it was really hard for both of us to stay together and be together.'

They couple filed for divorce in October 2006.